Where I stand with climate change 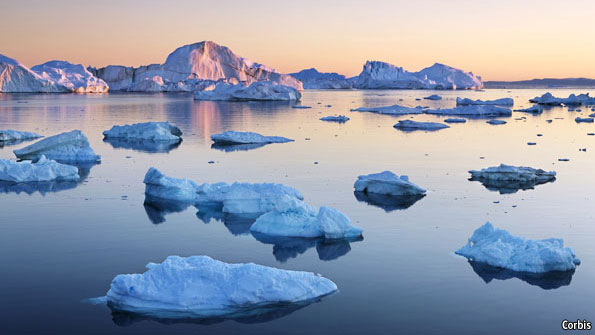 The Earth is warmer than it was one hundred years ago. There are no ifs, ands, or buts about it – our planet has been deteriorating before our very eyes and unless we collectively take action, there will be no going back.

Ice caps are melting, sea levels are rising, and the world is getting warmer.

According to NASA, the average global temperature has risen 1.7 degrees Fahrenheit since 1880, and nine of the ten warmest years on record have occurred since 2000. The numbers don’t lie; with the increasing amounts of carbon dioxide being released into our atmosphere, reaching the highest levels they have been in 650,000 years, the world is getting warmer. And our environment is suffering because of it. Ice caps are melting, sea levels are rising, and the internal structures of more localized communities are being fundamentally changed. For example, Michigan’s beloved Great Lakes are put at incredible risk due to climate change, including lower water levels and warmer water temperatures, which in turn will affect the wildlife living in the ecosystem. However, if the effects of climate change are so drastic, why aren’t we taking collective action and more importantly, why do some people deny that climate change is real?

Some of the most popular responses skeptics give for denying climate change is the temperature in their area has remained relatively the same. While this may be true, this does not disprove the existence of climate change because of the fact that climate change describes the change in the temperature around the whole planet – not just one area. So while temperatures may be constant in a specific area, that does not mean that temperatures everywhere are the same. Even with this fact, many people are still skeptical of the validity of climate change and argue that the worldwide increases in temperature are a part of a larger natural fluctuation rather than human-induced pollution. This can also be disproven through the rates by which the temperatures are increasing. If this period was marked by a rate of change much lower than the current one, then there would be a much larger possibility that the effects could be a natural fluctuation. The thing is, however, that the rate of temperature change is far too high to be considered a natural occurrence. Humans kick out carbon as fast as we cut down our forests; climate change is clearly a result of human activities, yet people are still in denial.

But ice caps are melting, sea levels are rising, and the world is getting warmer. 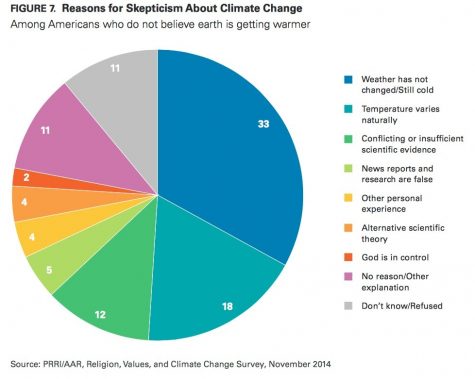 Some may argue that achieving a lifestyle that has little to no carbon emission is impossible and far too expensive. While it may be a tad pricier than energy sources such as carbon and fossil fuels, it is very much attainable. Especially in the U.S. where there is available technology to harness wind energy, water energy, and solar power, along with the ability to implement them into daily life. While these changes are hard for an average person to implement, there are things that can be done to help reduce carbon emissions and help fight climate change.

One of the most important things that anyone can do is to become aware. By doing so and actively thinking about the actions we take and the effect they have on the global temperature, the chance for reducing negative actions will increase drastically. There are other simple things to help as well, such as carpooling. That can play a major role in fighting climate change. Most importantly, however, is becoming vocal about the issue. Things will not get better without arguments from educated people across the globe. Our ice caps are melting, sea levels are rising, and our home is getting warmer. This isn’t the time to stay quiet about the issue – it’s the time to take a stance and make change happen.