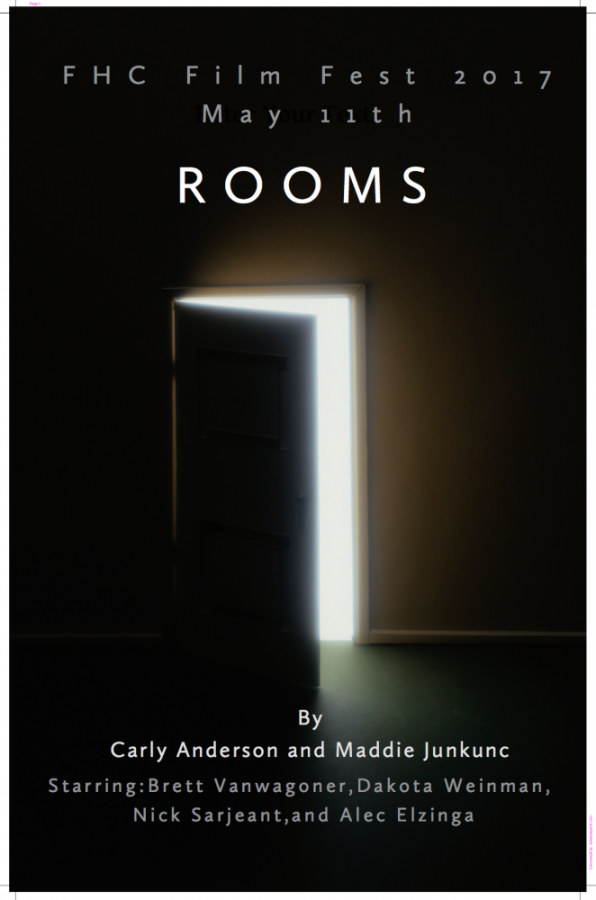 “It starts off with a shooting, [and] throughout the film the kids try to find the murderer.”

3. What inspired the storyline?

“This one book I read, called Rooms, was about a mysterious death inside this room and what’s going on.”

“That’s a hard one, there’s a few. You never truly know someone fully; there’s two sides to everyone.”

“Ours is more dramatic and intense because of the shootings. It’s pretty violent, the others aren’t as gruesome as ours.”

“It took a while to plan, but once we started filming it was a lot of improv because we had good actors. We went off script a lot, and it took a long time. The editing was a long process because we had to put the scenes in their places, there were several different takes of each scene that we had to choose, and once we found the one we wanted to use, we had to edit the audio levels.”

“We actually had all girls casted in our film at first, but the guys in our class were the ones who volunteered, so it ended up being all guys.”

“Actually filming it and seeing it come together. It was cool to see your ideas actually come into play and turn out pretty well.”

“I hope they’ll be surprised and enjoy it.”