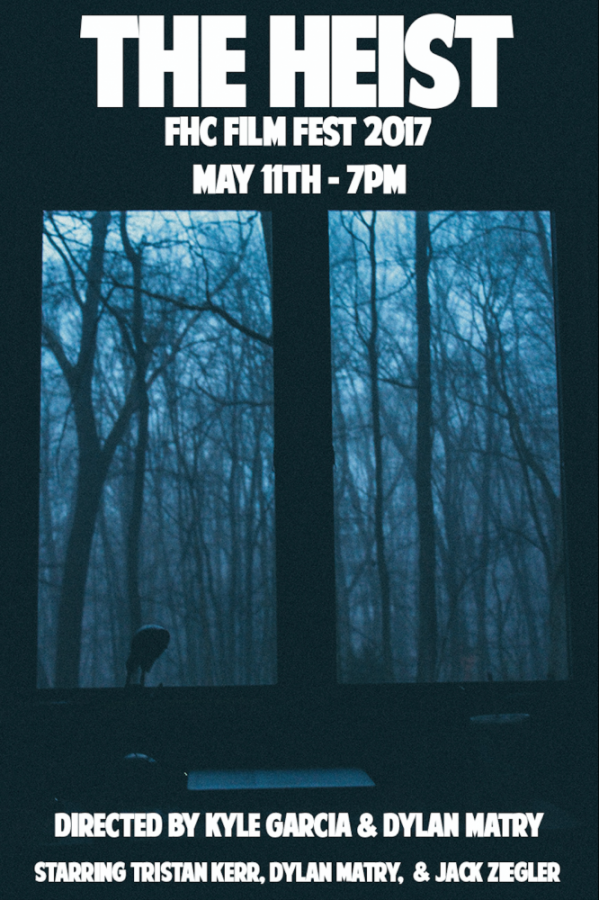 “The theme of our film is that sometimes falling back on your old roots from the past isn’t always the best decision.”

“The plot of our film is about a struggling man who falls back on old roots from his own life,, full of robbery and illegal activities.”

3. What inspired the storyline?
“Jack [Ziegler], Kyle [Garcia], and I all found interests in creating a film that kind of kept the audience on edge, and we all enjoy thrillers.”

“The message we were conveying was that sometimes you need to stay strong and not fall back on your past roots.”

“There’s a lot of great films in the festival, but ours kind of stuck out from the others because it’s more of a thrilling film that portrays a character that’s really struggling and has a serious tone to it, while some of the others are more comedic.”

“We started our filming a couple months ago and really got a good start from the beginning. Kyle Garcia did a lot of the filming, and Dylan Matry edited the film together.”

“We picked our actors based off who we thought was the most talented and also who had a pretty free schedule and that would be dedicated to the film.”

“The audience can definitely expect to be on edge through the film and constantly be wanting more.”

“I think my favorite part of the creation of the film was definitely the editing process because we were able to see the whole thing really come together.”

“I hope the audience will be surprised at the outcome of the film and be able to relate to our characters as well and enjoy the film.”