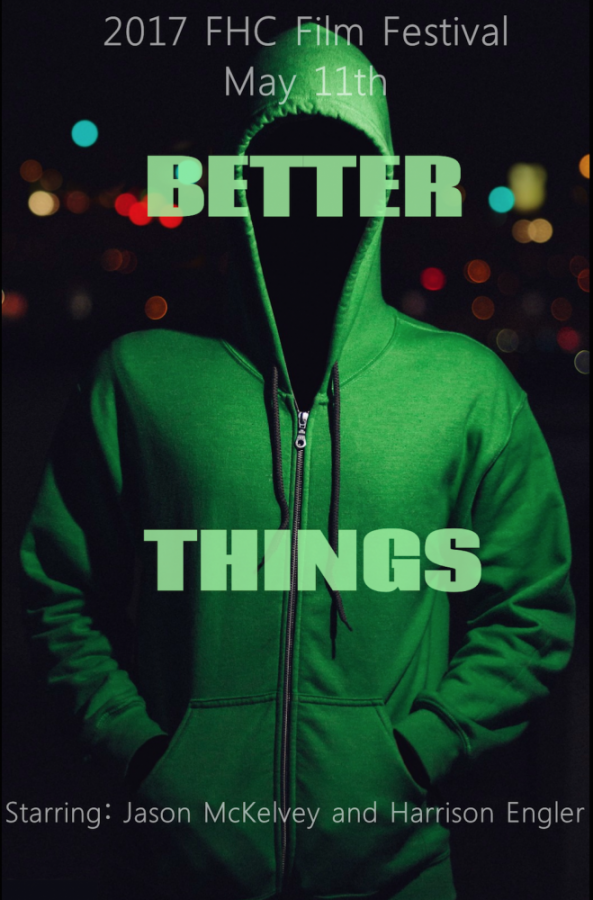 1.) What theme would you consider your film?

“We created the film Better Things, which is an action-adventure film.”

2.) Can you give a brief overview of the plot of your film?

“Our film is about a man who believes his girlfriend has been kidnapped and how he goes through any means to get her back.”

3.) What inspired the storyline?

“I thought of the ending before the rest of the plot, and we built around that.”

4.) Through your film, what message are you conveying to your audience?

“We were conveying that the audience should view things in different perspectives.”

5.) How is your film different than others being shown?

“It was Jason Mckelvey and Harrison Engler in it.”

6.) Can you provide details of your filming/editing process?

“[We did] everything last minute.”

7.) How did you pick your actors/actresses?

“Based on our friend groups.”

8.) What can your audience expect to get out of your film?

9.) What was your favorite part of the creation process?

“Trying to get Jason to film.”

10.) How do you hope your audience will react?

“I mean, I hope our audience will enjoy it just like any other film.”