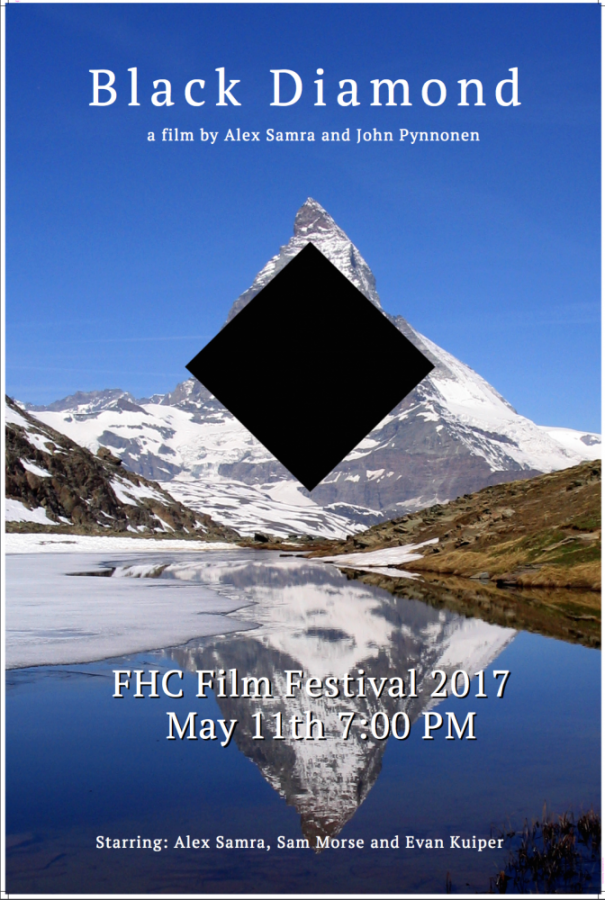 “Our film is an action/drama film. This year Manders desired for us to branch out beyond documentaries and produce a full, 15 minute short film as opposed to 4-6 minute finals.”

“The plot focuses on a disenfranchised professional skier, Dan Gimble (played by me actually) who lost his wife to cancer while training for a professional competition out west. He is forced to move back to his small mid western hometown and work as a ski patrol with a partner, Jim, (Sam Morse) at his old stomping grounds. Unknowingly, Dan becomes tied up in an intense atmosphere that includes criminal activity, action, and fight scenes, leading up to a plot twist finale. Trying not to reveal too much, but we tried to pack in as much action as possible.”

3. What inspired the story line?

“All of the action shots that are featured in the film are of me skiing, and as a freestyle skier I have immense respect for the lifestyle surrounding skiing. I obviously wanted to do a film about skiing, but moving past the documentary was difficult, which is where John came in. He had the idea of a buddy cop movie, and we sort of merged our creative drives to form a plot about two ski patrols. It really followed some of our wildest ideas for what a short film could be like, we just did our best to reach our goals in execution. It’s difficult to produce a short film of that length.”

“We try to convey an idea that you always return to your roots. Without giving away too much, our main character finds his way back to his old life after battling with losing that part of himself. Our passions become a part of our identities, and nothing(and nobody) is beyond fighting for.”

“Action on skis. Old style criminal activity and corruption at a ski resort, with fitting music obviously. It’s a unique atmosphere that stands apart without a doubt from the other films.”

“Filming starts around November/December, and ends around April. Due to restrictions with my partner being busy with musical, most of our film was captured in late February/early March towards the end of ski season. Editing is a multi week process that takes until the end of spring break usually right up to film fest (tomorrow, May 11) in order to make all necessary adjustments. Me and John as well as the rest of the class are well versed in Final Cut Pro X which is a fantastic editing software for video with plenty of features and effects to maximize the visual excitement in our films.”

“Both John and I know Sam Morse, and he’s a fantastic actor. He is featured in many films this year if you are lucky to see them, and his talent truly can’t be understated. After him, Evan Kuiper is another extremely talented individual who I chose as our lead antagonist for his ability to laugh maniacally and act villainous. Beyond them it is mostly based on convenience as many of our classmates are busy with their films and friends have sports/school commitments.”

“A laugh, some entertainment, but mostly appreciation of the effort involved. We truly brought our A game and hope that we created an immersive experience for our audience.”

“Had to be doing back flips and hitting rails for the sake of adding backstory to the main character of my short film. Its an insane roller coaster ride that not many people can say they’ve been privileged to be a part of, especially being involved both in acting and producing/directing the film.”

“Well, we hope they enjoy it. Either way, it’s incredibly difficult to make a fun, fast paced story line that keeps your viewer’s attention for 15 odd minutes. We’re just happy to be a part of the ride, and appreciate your support as the audience in our film ventures.”