The Central Trend • May 16, 2017 • https://thecentraltrend.com/18153/showcase/jakus-unique-take-on-sushi-provides-a-wonderful-experience/ 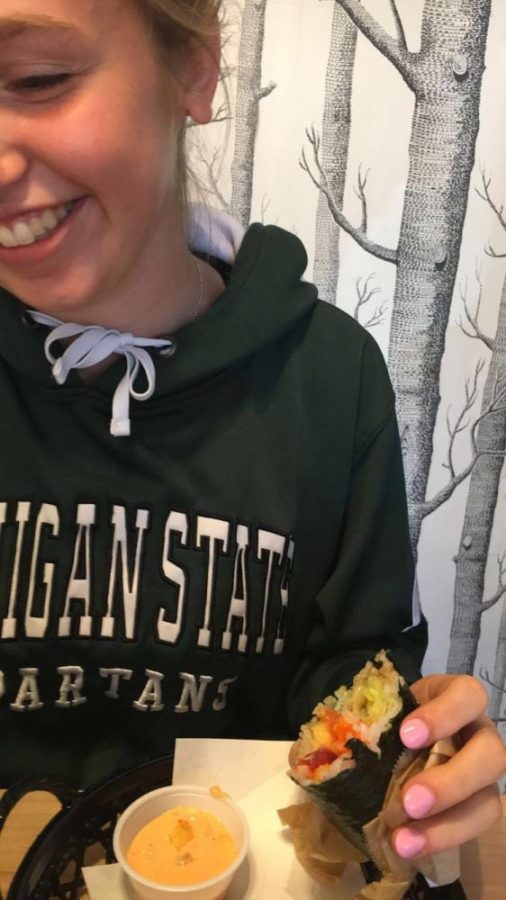 Wedged in between a Panera and Qdoba, maybe 20 paces wide, branding “Sushi and Grill,” I was apprehensive. Sure, the menu online looked nice, but anyone can choose a minimalist font with a white background and make a website aesthetically pleasing to the eye; however, not everyone can serve reliable, fresh sushi, especially when they are serving that sushi in a burrito. 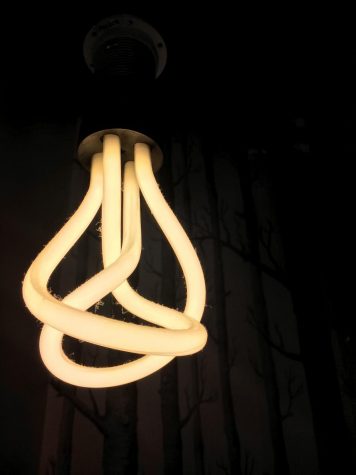 I’ve consumed a lot of sushi in my short 17 years. From NYC to Hawaii, coast to coast, I have eaten ikura at five star restaurants, miso soup from buffets, and tuna rolls from the grocery store. I’ve had some absolutely amazing sashimi and some downright horrible salmon. Living in Michigan tends to put a damper on things, considering we aren’t really by the coast at all, so I never really expect much. Before walking into Jaku, I really wasn’t expecting much. But then I opened the door, and I got excited.

I have a love for simple, chic, and modern aesthetic. Most sushi based restaurants are not that. They are based off of a traditional Japanese vibe. Not Jaku sushi. Jaku was the perfect representation of my aesthetic. Their open interesting lightbulbs, their unique wallpaper, and their water served in mason jars made me feel much more at ease than any sushi restaurant I have been in prior to Jaku. The restaurant was relatively small, but they managed to maximize their space without making anyone feel cramped. They payed extra attention to detail, even focusing on the way the vacant chairs were pushed in at the sushi bar.

While the interior was exquisite, the menu was beyond impressive. Their claim is the sushirrito. Fish, rice, and an assortment of other ingredients wrapped in perfect nori, not too crunchy, not too hard to bite into. I was beyond impressed (half because I was eating something entitled “sushirrito”). On the menu, which also included all the typical rolls, sushi pieces, and sashimi you would find on a “traditional” sushi menu, there was a sushirrito section. It listed roughly ten different options; however, it also stated that you could turn any regular roll into a sushirrito. 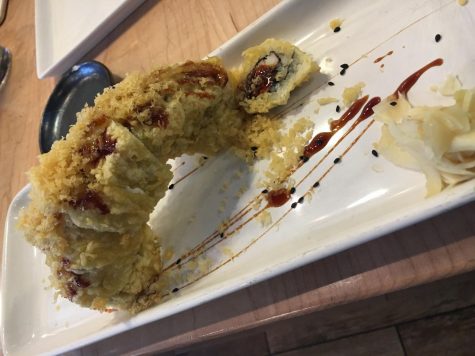 While the sushirrito didn’t taste all that different from a regular sushi roll, it did provide a unique way to taste it given I didn’t have to deal with chopsticks and it was surprisingly easy to eat. I was also over the moon when looking at the price. Each ranged from $10 to $13 dollars and was truly the size of a burrito. I was full after eating the first half.

The staff also bent over backward to make sure my party was happy with our food and our visit. Honoring each of my 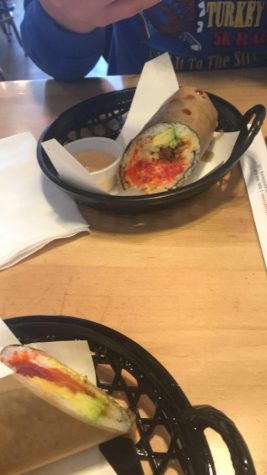 odd requests such as a zip lock bag full of ice and different togo cups for an assortment of sauces. My server served each request with a smile on his face.