How it started and ended 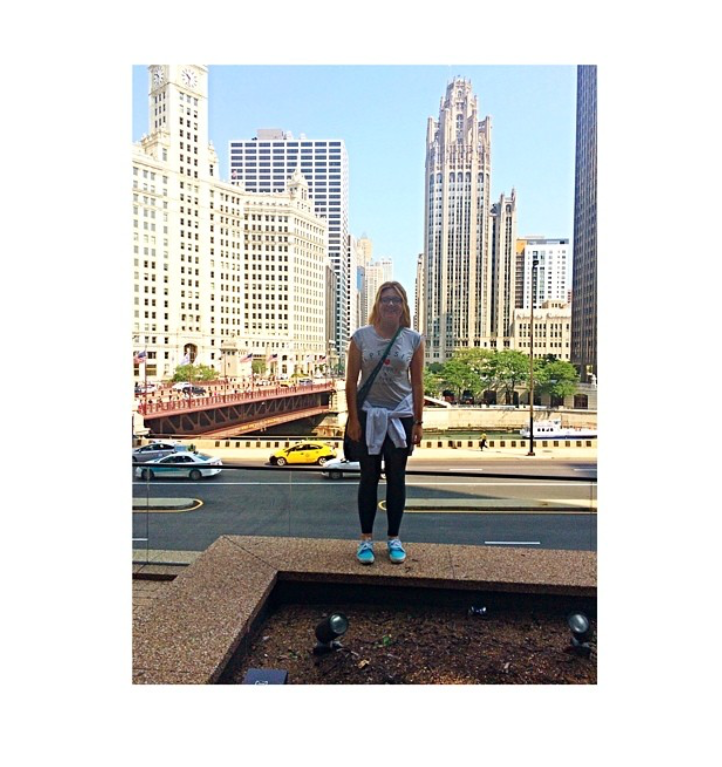 I was sitting in a class, sophomore year, not paying attention to the lesson in front of me. I remember sitting in that seat, third row, fifth seat from the back, just thinking and daydreaming. I dreamt of a lady walking down Michigan Ave in downtown Chicago. She was dressed in business attire; coffee in hand, fighting her way through the massive crowds of people. She was on her way to her job, sidetracked by the honks and horns filling the city’s atmosphere. Smoke and fog circled around, the wind gushed through, nibbling at her exposed skin. There was a concentrated expression upon her face, while her eyes glistened, glittered, and reflected from the lights. I was engulfed in that dream, and still to this day, I have not been able to shake off that image of the lady. Her entire atmosphere, confidence, and her entire being was everything that I have ever wished to be.

One year later, and I am still dreaming of that lady. Except now, more vividly and more aggressively. So, I did everything in my power to get myself there. I maintained a high GPA and a good SAT score. I enrolled in challenging classes and participated in clubs and activities. I become the “perfect student,” who solely focused on school and future college plans.

When senior year hit, I applied to my top university, which was in the Chicago area. I remember applying the exact day that it opened, wanting to make sure I was one of the first few to secure my spot. Months later, I heard nothing, but silence. I became scared that my dream would not become a reality. I applied to colleges across the state, thinking that my chances of going out of the state were done. I began mopping and thinking that I would be left with no true choice about my future.

But then I heard back from the college in Chicago. It was 2:oo a.m. in the morning. I was ready to go to bed and decided to check my email before turning off my phone. I had received an email telling me that my status has been updated. I quickly opened a new tab, logged into the website, and that is when I saw it. A congratulation of acceptance. I refreshed the page about a thousand times that night, thinking that there must have been a mistake. I woke up my parents with tears in my eyes, smiling ear to ear. I could not believe that I got in. I finally had a chance of reaching my dream.

I would never have thought that I would be going to Loyola University of Chicago, my dream city, studying my passion: English. Never in a million years did I think that I could do it. My time at FHC is up and I don’t know what to feel. I have been so focused on moving to Chicago and studying at my dream college that now it’s true. I have succeeded and I feel terrified. I am scared that I am not making the right decision. I am scared that I am leaving the only sense of comfort that I have, just enter an unknown city.

I have been envisioning this dream and fantasy for years and now that it is a reality, I’m realizing that I am no longer chasing this dream; I am living it. I could not be more excited and terrified for what I will become in the future.