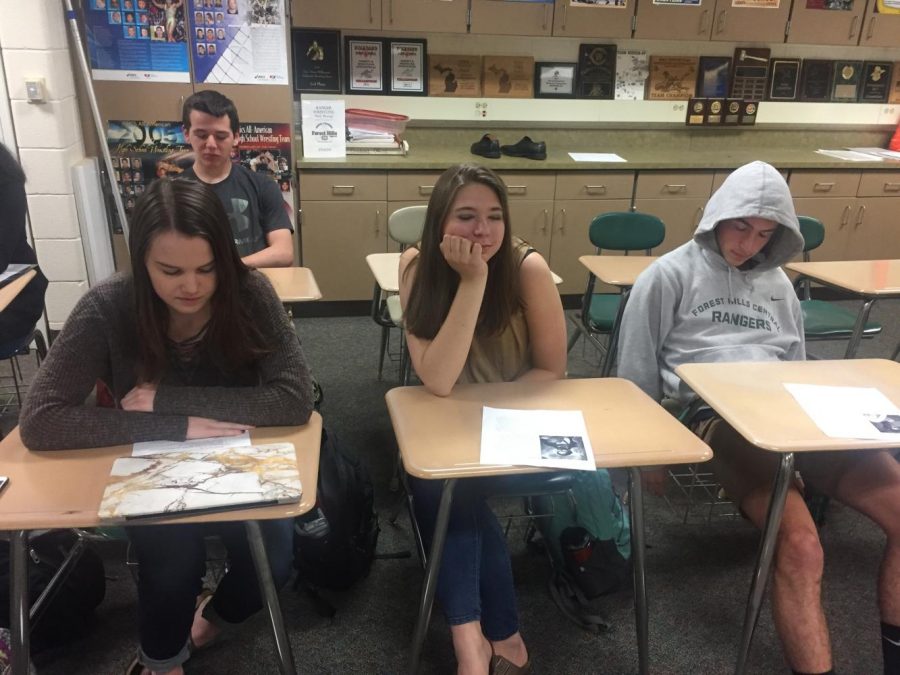 It has officially hit me. “It” being Junioritis. The days are longer, and finally above 50 degrees. After taking the HAP test on Thursday, I have officially hit my wall. Don’t get me wrong, I still care about my grades and how I am doing in school, but the majority of my motivation has gone down hill faster than a rock off a cliff. I am not only tired of sitting in dimly-lit, musty classrooms, but I am also tired of the busy work that is placed upon us now that the seniors are gone. I, along with the majority of the junior class, would rather be spending my days at the beach and nights by a campfire while surrounded by friends. Now, just so I am not totally a negative nelly, there are still some good things about junioritis.

For instance, junioritis is not half as bad as senioritis; I know that there is still one more year that I have to push through. With that in mind, the lack of motivation can easily be replaced with excitement, such as when the seniors light our candles, passing down the title of “Top Dog” in school. The fact that we are so close to being done and so close to leaving what has been our home for the past four years is a little scary, but thrilling nonetheless. One of the few perks to the seniors leaving is that I can finally get a decent parking spot. Other than that, it’s kind of weird without them passing through the halls and sitting in class with me. But we only have about three weeks left for us to push through. Three weeks with that one last lesson teachers need to squeeze in, and those pesky final projects in the classes where we lost half the class, due to the departing seniors.

Now, I have not completely given up, but I am definitely over the whole school routine for the time being. I am tired of waking up early and staying up to study late at night. I am tired of not being able to spend weeks without end up in Glen Arbor and sleeping in until one in the afternoon. I know that I would go nowhere in life without school, but sometimes it’s nice to have a break here and there to be able to give my brain a break; a break with no stress and no worries of the test coming up when I get back to school. A day with just me, a hammock, and a snack sounds pretty good right about now.

At this point in the year, my classes are not too hard or stressful, but they definitely should be done once the seniors are gone. In HAP, we have a final project that incorporates everything we learned from the year, even though we already took the exam. The project is not a difficult project or anything that should raise my stress levels, but it seems like busy work. In math, we are cramming in one more chapter, only to then review about six different chapters for the upcoming exam. In English, we have a book trailer after we finish our last class book and class mock trial. Now, that is not as bad because a trial and a book trailer seem like fun, but it as well seems a tad like busy work. In history, we have one final game before the exam, and although this again seems like busy work, it is also a way to get an automatic 100% on the exam if you win. In my last two classes, FX and The Central Trend, things seem the same, not much is different without the seniors, other than my lack of motivation as my procrastination becomes dominant.