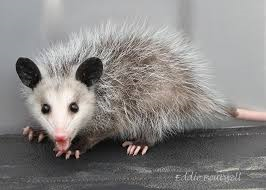 Imagine this. You’ve just been released from the walls of FHC after a grueling 7 hour school day and you’re now cruising down Cascade with the radio blasting, the windows slightly cracked, and the crisp gusts of fall wind gently tousling your hair; you can’t help but admire the clear blue sky unfolding up ahead and the evident chill of autumn hanging in the air.

Then, all of the sudden, your eyes immediately locate  IT while scanning the intersection for traffic.

IT as in a dead possum resting in the middle of the road atop the dotted yellow line, immediately snapping you back into the harsh actualities of reality.

It may be a stretch to compare high school students to roadkill, but if you actually take the time to examine the esoteric analogy, you may come to realize that the two are a lot more similar than you might think.

The possum had so much ambition; prior to being unexpectedly run over, it stood on its four legs in the grassy field near the stop lights examining rush hour. And it just went for it. Despite the fact that it saw Hondas and Jeeps and Toyotas rushing right at him in a 45 mph furry, it courageously took a risk. Despite all the obstacles that were  approaching him (literally), he took a chance. He refused to let limitations hinder him, he refused to let anything get in the way of him crossing that particular street right at that moment. And that is how high schoolers should act.

Often times, we as teenagers stand  on the sidelines, continuously scrutinizing all the reasons why we shouldn’t try out for that winter sport, why we shouldn’t apply for that one job, or why we shouldn’t take that AP class we have been looking forward to since freshmen year. We need to learn to just do it. We need to teach ourselves to go after what we want, we need to learn to stop thinking so much about what could go wrong and instead start telling ourselves what could go right. The only way you’re going to attain what you want is by stepping out of your comfort zone, stepping over your safety net that you have so comfortably allowed to prevent you from getting over, and cross that busy street.

So what if that specific possum took that specific chance and failed? We as teenagers are going to do that, often. But we need to think about all the other intersections and roads and side streets that one possum impulsively ran across, all the other times that possum did make it.

At the end of the day, we are all just possums waiting on grassy fields and examining the flow of traffic presented before us. And we have the choice, every second of every minute of every day, we have the choice whether we fearlessly sprint across it or we just wait for the easy way out, we just wait for the chance (which may never even come) when the street is clear and we can easily get across it.