Dead Men Tell No Tales is an adventure like no other 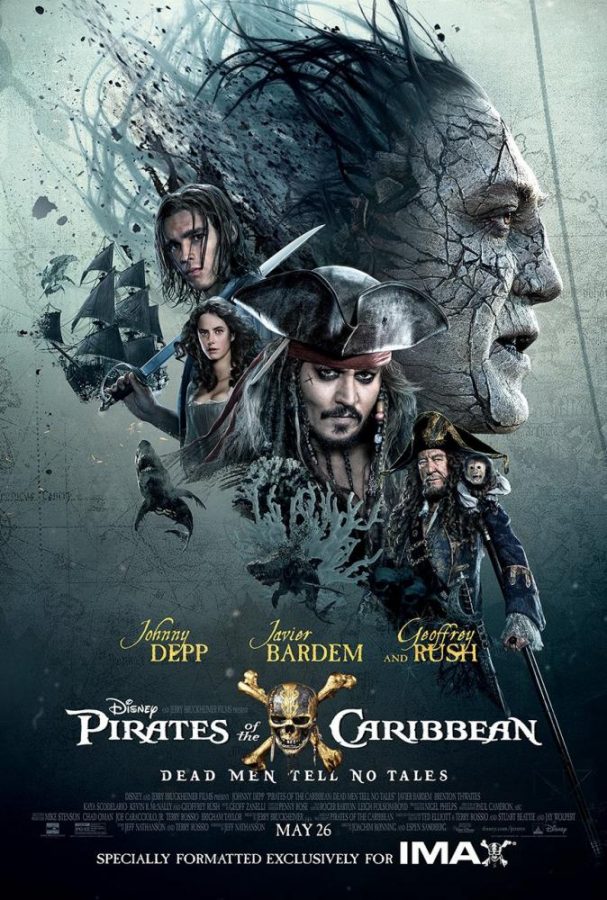 One weekend when I was thirteen years old, my family and I were about to leave for Disney World in Florida. We have been to Disney many times, and there is one ride that is based on Pirates of the Caribbean in the Magic Kingdom that we always go on. Since my family had never seen Pirates of the Caribbean, we never really understood the different aspects of the boat ride that tied into the movie. So when we were a few weeks away from leaving, we decided to watch the first four movies. To this day, they are still my favorite. So, when the new one came out, Dead Men Tell No Tales, I jumped at the first opportunity to see it.

Dead Men Tell No Tales is the fifth installment of the series. If you are at all familiar with Pirates of the Caribbean, you know that in the first three movies Elizabeth Swan and Will Turner get married. But, due to a curse, Turner is forced to live his entire life at sea. However, once every ten years he can step on land. In the fifth movie, the son of Elizabeth and Will, Henry, sets out on a journey to save his father from his curse.

Through his journey, Henry meets Captain Jack Sparrow and Carina Smyth. The three of them, along with a swashbuckling crew, set out on their expedition. They come across Captain Salazar, a man that runs a crew of ghosts who is seeking revenge against Sparrow for killing him.

If you read the reviews online, there is very little praise for this movie. Claims have been made that Johnny Depp was “half-hearted” in his acting. However, I loved every single second of the movie. I find it shocking that you can’t really find one positive review for the new movie, except perhaps this one.

I would recommend this movie to absolutely everyone, even if they don’t think that this is their type of movie. This is a very un-classic Disney movie, without the princesses and whatnot, but it is still a Disney movie that blows others out of the water. There are aspects in it that everyone could enjoy, and I assure you that I will be buying this movie once it comes out on DVD.