Brockhampton’s Saturation II provides something for everyone, and does it very well 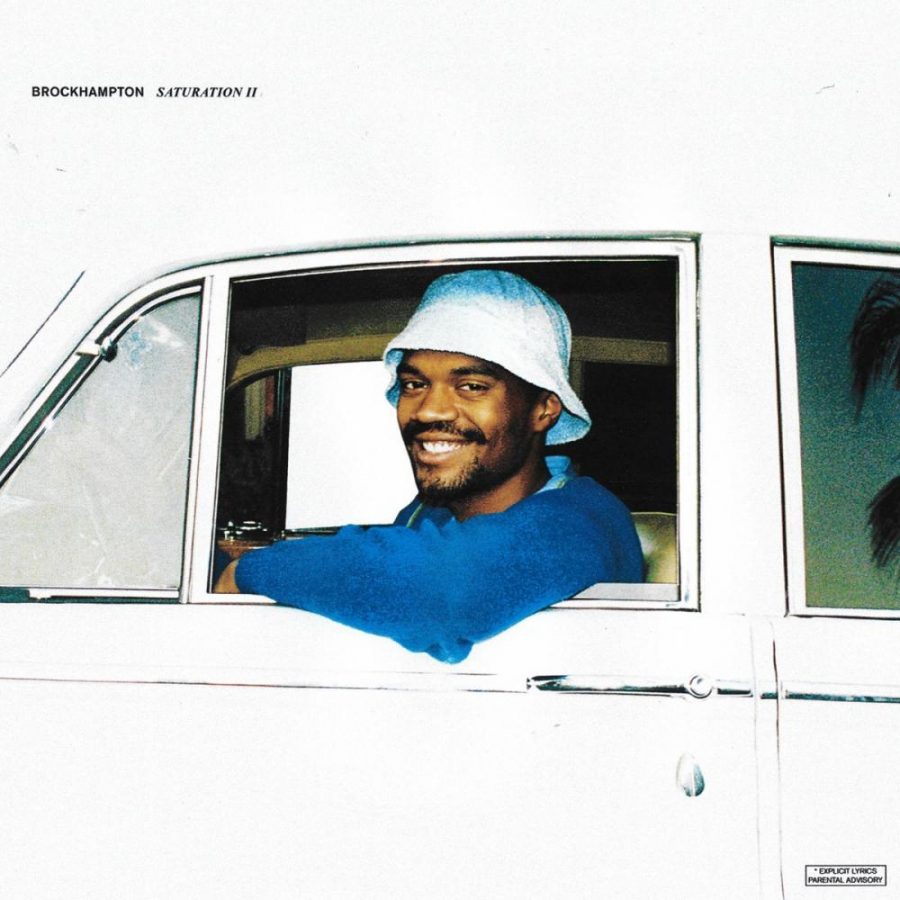 Hip hop/rap collectives and groups are nothing new– examples like the Wu-Tang Clan or Odd Future consist of multiple members who work together on group tracks and/or produce their own individual music. Brockhampton is a relatively new group, and one that is beginning to take on the name of “rap’s first boy band.”

Brockhampton released their first mixtape, All-American Trash, last year. While less of a cohesive project and more so a collection of tracks, the tape still produced a couple of great songs with a varying sound that gives listeners an idea of what the group is capable of. A little over a year later, the group began to release a series of singles leading up to the release of Saturation. This project was originally announced as a mixtape but was later changed to an album. This album provides more of an organized sound along with showcasing the talents of more members of the group.

Saturation II released on August 25, after the launch was teased with the release of singles similar to Saturation. Where a common complaint about Saturation was that the group was rapping about nothing in particular, Saturation II tackles topics such as homosexuality, racism, insecurities, and acceptance. Frontman and co-founder of the group, Kevin Abstract, counters the hypermasculinity and homophobia of hip hop culture by constantly giving listeners a reminder of how gay he is, even taking it to a humorous self-aware level with lines referring to how he raps about being gay because nobody else will. On the track “JESUS,” Abstract recalls the story of a secret past relationship, being caught by his boyfriend’s girlfriend, and compares himself to another artist he is very vocally supportive of: Troye Sivan.

Throughout this project, vocalist Ameer Vann constantly comes in with hard-hitting verses about his upbringing, hate, racism, and drug use. Vann counters Abstract’s more lighthearted voice and lyrics with dark verses about drugs and violence, with some of the most consistent lines in the group.

Members Merlyn Wood and Matt Champion also add a different change of pace from Vann and Abstract, from Wood’s loud yelling and laugh-worthy lines to Champion’s hard-hitting verses about his height and crooked teeth.

One of Brockhampton’s main appeals is how well everyone flows together and the chemistry they create. One after another, they tend to bounce off of each other’s verses and really enforce the boy band factor. Whether they’re all singing over a lighthearted, airy track or rapping aggressively over a bass-heavy beat, the group flows incredibly well together and shows incredible potential. Brockhampton can appeal to a very wide audience due to their variety in music, and Saturation II is a fantastic album and an improvement upon the first. The production is beautiful and clean, the lyrics are meaningful and catchy, and the variety in the group keeps every song fresh and enjoyable every listen.