Geoffrey Batterbee gets involved with much that FHC has to offer 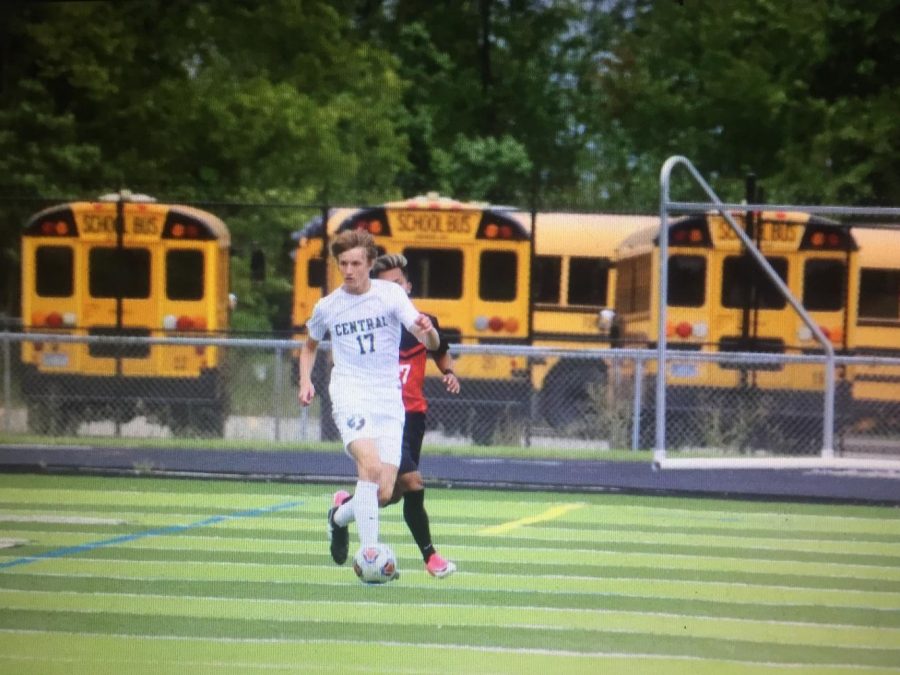 Performing in the middle of the football field with hundreds of FHC eyes on you. Waiting anxiously for the crucial signal to kick off and burst into a sprint. Analyzing and examining data to construct a perfectly built scientific creation. Using your very last fragment of energy to make the winning pass. The band room. The track. The science room. The soccer field.

Starting from middle school, one of junior Geoffrey Batterbee’s main passions has been being a member of the school band. A dedicated player of the clarinet, his flair for music was apparent from the beginning. Several years later, Geoffrey is still improving and widening his skill range. Now a committed member of FHC’s marching band, he hopes to continue playing the clarinet for years to come.

“I’ve played clarinet for a long time, but I started marching band in high school,” Geoffrey said. “With marching band, I like that you get to move around more.”

Geoffrey’s gifts extend far beyond the music department. Even before his freshman year started, Geoffrey found himself eager to pursue running through track and field and cross country. Making varsity his very first year, Geoffrey’s talent was clear from the beginning. As he nurtured his talent with his drive and countless hours of practice, his times grew shorter as his love for the sport grew larger.

After realizing his calling in running, Geoffrey decided to expand his horizons. Using his aptitude for running to his advantage, he became a member of the FHC JV soccer team his freshman year. His skill as a defender progressively improved over his first two seasons, leading up to his debut on the varsity team this season.

“With soccer, I really like being able to play in a team,” Geoffrey said. “It’s a cool atmosphere to be a part of.”

Completely separate from his musical and athletic pastimes, Geoffrey also participates in Science Olympiad. The well-known organization challenges the minds of young scientists and prompts its members to find creative solutions to scientific problems. Specifically, Geoffrey competed in the Invasive Species, Towers, and Helicopters events at both the Regional and State competitions in the 2016-17 season.

“[In Science Olympiad], I like getting to learn about different areas,” Geoffrey said. “You get to learn about the subjects you don’t cover in normal science classes. It goes more in depth…it’s not just about the processes.”

With all of Geoffrey’s activities, it’s hard to tell what he’ll be up to next. If one thing is for sure, we’ll be seeing a lot more of him and his several talents by the time the year is over.