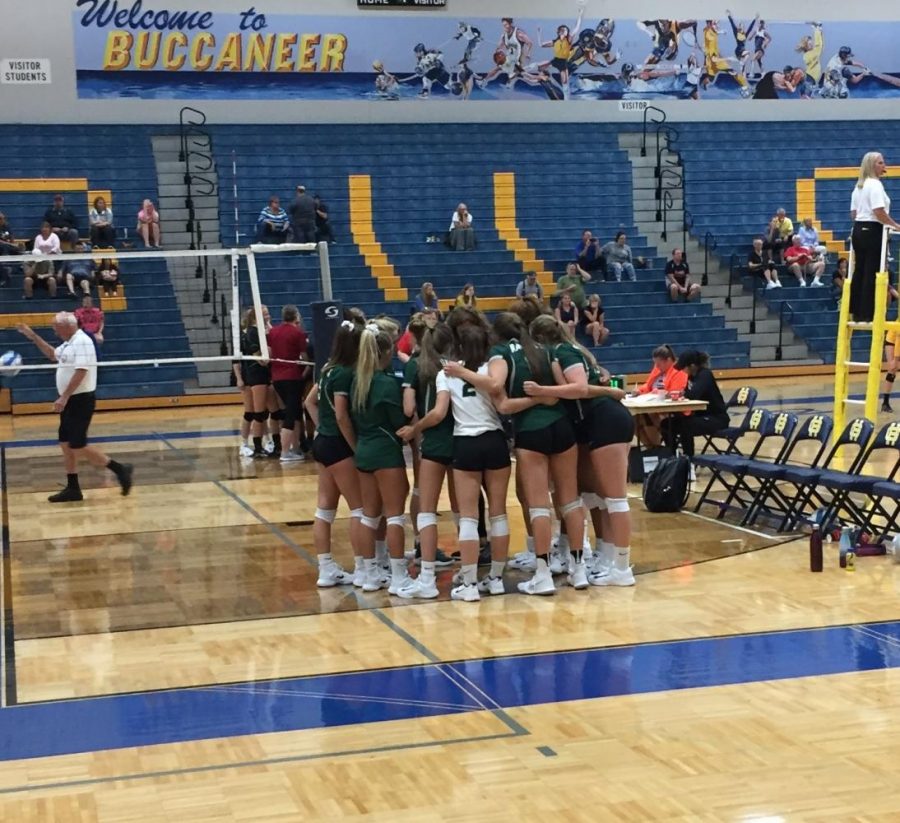 Thursday afternoon at the home of the Grand Haven Buccaneers, FHC varsity volleyball and six other teams would face off for the gold at the Grand Haven Invitational. After six exhausting matches, the Rangers were able to pull off only two wins, giving them a final record of 2-4 for the tournament.

The first match of the day was against the Chargers of Livonia Churchill. The Rangers were able to get an early lead in the opening game, but started to crumble when the opposing team started to gain momentum, losing the match 0-2. FHC had no time to recuperate before facing powerhouse Zeeland East. It was an uphill battle for the team, especially with the dominance of the Chix middle. Dwelling on the past loss, the Rangers were unable to focus on the present, resulting in continuous errors. They again lost the match 0-2.

Moving into their third straight match, the ladies decided to give it their all against the hosts of the tournament, Grand Haven. Their energy went up along with their confidence, helping them put balls down and committing few errors. Despite the heightened play, they were still on the wrong end, falling 1-2.

Going into their fourth game, still without catching a break, the team was beyond exhausted. After their match against Grand Haven, they had nothing left for their next opponent, Traverse City West, quickly losing 0-2. Game five provided nothing different. Grandville, who was undefeated, was the next challenge of an already stacked night. During the match, the team played together, worked off of each other and communication seemed more prominent. They didn’t dwell on losing the first set and focused on the current play rather than the last one. With the change in mentality and teamwork, they defeated Grandville 2-1, giving the Bulldogs their first loss, and the Rangers first win of the day.

The last game of the night was against Orchard View, and fortunately the ladies were finally given a break before the game. With food in their system and finally some energy to work off of, the team beat them 2-0. After six long games, the Rangers had gone 2-4.

Despite this being their most recent tournament, it is not the only one they have had. On Saturday, August 26 they had a tournament at the Michigan Sports Academy where they won the bronze bracket. They played 6 teams: Catholic Central, Grandville, Kenowa Hills, South Christian, Hudsonville, and Coopersville. They went 2-2-2, beating Catholic Central and South Christian, losing to Grandville and Coopersville, and tieing with Hudsonville and Kenowa Hills. Catch the varsity girls back in action September 6, at FHN.