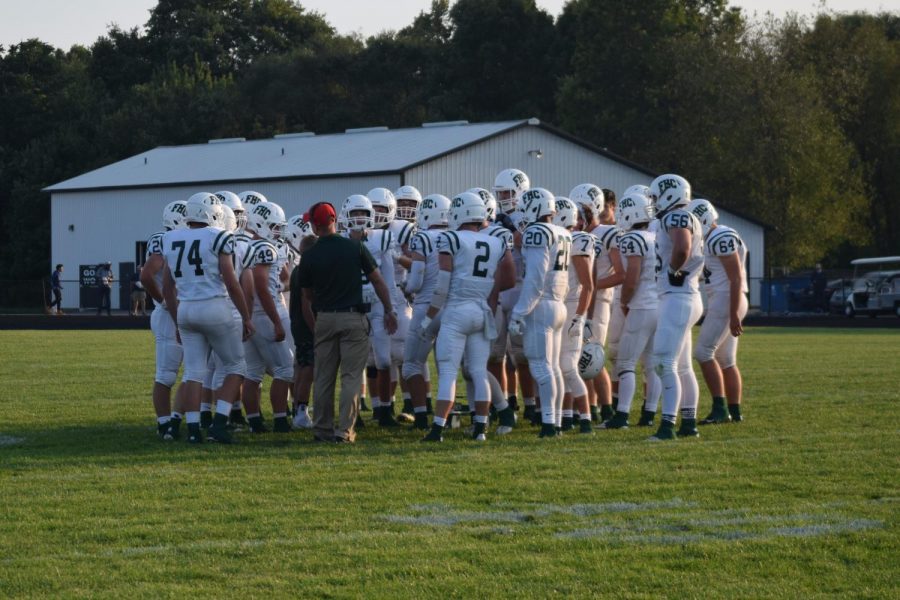 The second week of Ty’s Top 5 including games from last Thursday up until this Thursday.

The ranger football team won a hard fought battle 27-23 at West Ottawa last Thursday. After spending the first half on the sidelines when the rangers had the ball, junior quarterback Luke Majick came up clutch during the whole second half. He connected with wide receiver Bryce Clay for a touchdown late in the third quarter and then threw a perfect ball to fellow junior Tate Hallock for the game winner. Not only did he put up numbers, but he did it when it mattered most and that’s why he tops this week’s list.

Junior golfer Kayley Reynolds shot a team low 37 on Wednesday at the rangers golf outing. This is only Kayley’s second year golfing so to be shooting that low is impressive and backs up my decision to put her at #2.

After being number 1 on last week’s list, standout senior wide receiver/safety had himself another dominating game on both sides of the ball. He got a touchdown pass late in the third quarter and forced and returned a fumble all the way to the house. Arguably his most important play came in the fourth quarter on fourth down when he fought hard for 13 yards and a first down. Bryce was at #1 last week and #3 this week, get used to seeing his name.

The ranger volleyball team has had it’s struggles early on, but senior hitter Kendall Gardner has been a bright spot. Kendall is spending her third year on varsity and looks to be at her best during the start of her senior season. At the battle of the hills tournament, between Forest Hills schools, Kendall carried the weight in a tough win over Forest Hills Eastern.

The ranger cross country team had a meet at Lowell last night. As a team, the rangers placed second overall lead by sophomore Gabe Carlson. Gabe placed 7th overall with a time of 17:46, followed closely by teammate Geoffrey Batterbee who came in 12 seconds behind Gabe.