Seniors have an amazing experience at the senior retreat 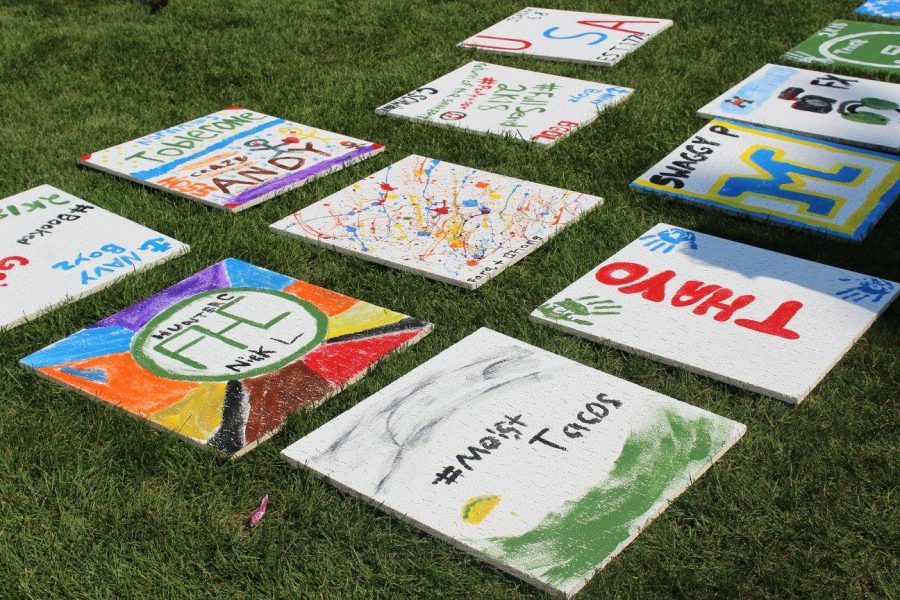 Senior Ellie Matelic breathes a sigh of relief as she finally unloads her bags after a long, but enjoyable, weekend at Camp Geneva for her class’ senior retreat. She’s sore and tired, but she’s content.

“It was a lot of fun,” Ellie said. “I got to talk to a lot of people that I don’t [usually] interact with, and it was really nice to come together as a group.”

Ellie isn’t alone in her experiences. This past weekend, 325 seniors in the Class of 2018 attended an overnight camp on the beautiful shores of Lake Michigan. The weekend is dedicated to bringing the class together as one entity.

“I really liked the [team bonding] activities,” senior Kirsten Fenske said. “We were [split into teams], and even though we competed against each other as teams, I feel like we came together as a whole [in the end]. It was cool to work with different people in my grade to solve different puzzles.”

Like always, FHC’s annual senior retreat was a success, and even the numbers were striking this year: the Class of 2018 now holds the record for the largest number of people who signed up and attended their senior retreat.

The weekend started on Sunday morning, when sleepy seniors showed up to school to board buses leading them to Camp Geneva. Even before the retreat started, students knew this would be an enriching experience.

“I’m excited to expand my horizons,” senior Jack Ziegler said at the beginning of the weekend. “I’ll [meet] people in my cabin who I usually don’t talk to, and [we’ll do] class bonding games too. I think [the camp] is a beautiful and clever environment for all of us to get together.”

The retreat presented each senior with countless opportunities to talk to new people. Cabins were assorted alphabetically, and groups were randomly assigned.

“I feel like the group activities really represented what it means to work together,” Ellie said. “They’re [pretty symbolic] of being there for each other when we face hard times in real life.”

The plethora of puzzles and activities presented to groups all required a large amount of teamwork and creativity to solve.

“There was this one activity that was basically just this tall wooden wall [that went straight up],” senior Sarah Obermeyer said. “You had to get all the members of your team on it. So we started with one person scaling the wall [to try and get up], but then we realized we had to lift people up cheerleader-style. People got on shoulders!”

These games served the purpose of exposing students to fairly unfamiliar faces and learning to work with everyone.

“Each person had to [pitch in] and do their part,” Sarah said. “In my opinion, people gained a lot of trust for other people from this activity. I thought people would drop me [while I tried to climb up the wall], but it was fine! They got my backs, and I got theirs.”

Camp Geneva offered extremely nice facilities, especially an exciting recreational area. There was something for everyone to do: beach volleyball, a pond, ziplines, the “blob” (for being “blobbed” into the water), and more. 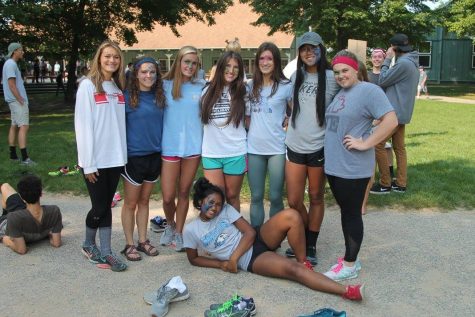 “Mr. Lowe sending me off the blob was my favorite memory,” senior Maddie Paciorek said. “I pretty much flew in the air. And, hanging out with Mr. Lowe was fun.”

A lot of recreation time was built into the schedule of the retreat, so students were able to experience almost all of the activities.

“I loved playing beach volleyball,” senior Chloe Wendlandt said. “A ton of people who weren’t usually [close] friends were playing together. It was funny because we were all so bad [at volleyball], but it was fun that we were all there together.”

The weekend featured a dance and a class bonfire– the highlight for many students.

“Walking to the campfire after the dance was cool,” senior Emily Cobb said. “Looking up at the night sky and seeing all the stars was a pretty sight, and the beach was always very pretty. It was surreal.”

Seniors brought guitars and ukuleles to play songs while sitting around the fire.

“My favorite part [of the weekend] was the bonfire,” senior Collin Mendels said. “Everyone was around the same place at the same time, singing songs, [and] making speeches. [It felt] really great to just be there together.”

At the end of the weekend, seniors felt more bonded than ever.

“Bringing the unity [formed at the retreat] back to the high school is the key,” principal Steve Passinault said. “Seniors will be able to bring the [the values they learned] in the form of leadership to [set a good example] for the younger classes, and it will make the climate and culture of FHC even stronger.”

Ellie and the rest of the senior class returned home Monday afternoon ready to take on the year together.

“Our class is just a bunch of great kids,” Ellie said. “We can come together and just hang out, and we always have fun as a class.”