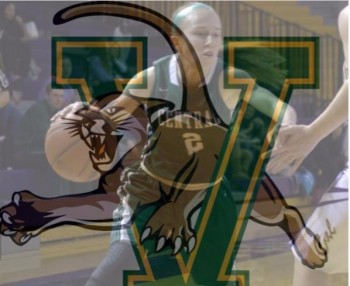 After hundreds of practices, thousands of shots taken, and almost four years as a Lady Ranger, senior Jessica Fuller has decided her next move, and has verbally committed to Division One Vermont University to play basketball.

“I am really excited to get there and to be with all of the coaches and players,” said Fuller, who will enter her fourth year as the varsity starting point guard this Winter. “The campus and the coaches were all so nice and it is really exciting.”

Fuller is the first senior at FHC to commit for a sport, and will undoubtedly be one of the only FHC seniors to play in Division 1, which is the NCAA’s highest level of competition. Her commitment has created some buzz around the school, most notably among her teammates, such as sophomore Madi Winter.

“When I heard she committed to Vermont, I was so happy for her,” said Winter, who backed up Fuller at point guard this season and will most likely be her replacement next season. “She works hard every day and she every day and I am so glad her hard work has paid off.”

Fuller has developed a reputation of being a tireless worker and tough competitor, and Fuller knows that a D1 scholarship has resulted from countless hours of hard work.

“I dedicate a lot of time to basketball and have been playing for such a long time,” said Fuller, who was also considering Hope College and IPFW. “It is exciting to see all that work pay off.”

Winter sees Fuller’s hard work and acknowledges that she has always been a role model for her to follow.

“Jess has always been a role model to me,” said Winter. “Even when I was in seventh grade I wanted to be as good as her and make varsity as a freshman just like she did. Without the drive that she gave me to work as hard as I did, I would not be where I am today as a basketball player.”

Fuller was told by the Vermont coaching staff that she would be counted on to start the fastbreak, handle the ball, and play tough defense. While Fuller is an above average scorer, she realizes that her shooting will have to improve in order for her to be successful at the next level.

“What I need to improve the most is getting my shot off earlier,” said Fuller. “I think I will be more of a ball handler at the next level, but my shot needs to improve too.”

The Central Trend attempted to contact the Vermont coaching staff regarding Fuller’s verbal commitment, but they were unable to comment due to NCAA recruiting rules. While Fuller is extremely excited about the opportunity, the reality of moving halfway across the country will be an interesting adjustment for her and her family.

“It is definitely going to be different,” said Fuller. “But I have a great relationship with the coaches and I know that they will take care of me and make me feel at home.”

Fuller’s mom, Ally, recognizes that it will be an interesting transition; however, the Fullers have spent a lot of time at Vermont and are confident that the move will be smooth.

“I went with Jess on an unofficial visit in the Spring after the coaches visited us here in our home,” said Mrs. Fuller. “After spending significant time with the coaching staff, I felt like we got to know each other pretty well. The coaches are very down to earth, very friendly, and very caring. I know they will take great care of Jessica.”

Making the decision to commit to a university is undoubtedly a major decision, and the Fullers had complete faith in Jessica to make the decision on her own.

“As parents, we felt that the decision was one that Jessica needed to make and we would support her in that decision,” said Mrs. Fuller. “After being there with the coaches and players, we didn’t have any reservations about her going there.”

For Fuller, she still has one high school basketball season to enjoy before moving on to college. Her high high school season is shaping up to be a good one, as the Lady Rangers return most of their experienced players and look to build off a 17-9 season in 2014-15. Fuller knows that she will cherish her time as a high school player, but is extremely excited about the opportunities she has in front of her in college.

“I think this season we have a great opportunity to improve and go far in the playoffs,” said Fuller. “And as far as next year goes, with all the coaches and people at Vermont, I am really excited for that as well.”