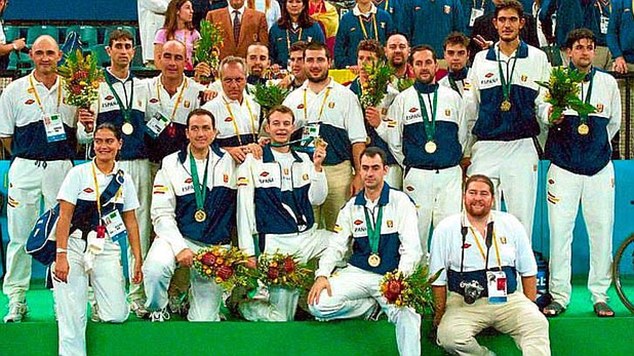 Sports are some of the biggest events in all of the world. Everyone likes to see their team win, and every athlete likes to win; some even take it to extreme levels to get the W. Here are 10 of the most bizarre ways athletes have tried to win.

Ben Johnson was a sprinter from Canada. In the 1988 Olympic, he broke the world record in the 100-meter sprint, setting the new time to 9.79 seconds. Three days after winning Canada’s first gold medal, he tested positive for stanozolol, an anabolic steroid. Many people believe many of the men in the race other than Johnson were also cheating, giving the race the title of “The Dirtiest Race in History.”

The 1904 Olympic Games was an incredibly hot day, around 90 degrees fahrenheit. Combine that with a 26.2 mile mountainous marathon, and you get few completions. Of the 32 racers that started that day, only 14 completed the race. The winner of the race was New York born Fred Lorz who had a finish time of 3 hours and 13 minutes. Just before he was handed the gold metal, it became apparent that he did not run the entire 26.2 miles; he took a car for 11 of it. After the medal was taken from him, he was given a lifetime ban, but it was lifted later.

Onischenko is a fencer from Ukraine. In the 1976 Olympics, he wanted to improve from his silver medal he earned in Munich at the previous olympics. To do so, he bent his p e and added a wired switch into the handle. Doing so allowed him to add hits for himself even when he missed. Two other fencers reported what they think was happening, when they did Onishchenko’s p e was replaced and he ended up getting disqualified.

After winning the 1978 Tour de France, Pollentier failed his post-race drug test. It was not because they found anything illegal in his urine, but because it was not even his in the first place. Officials became suspicious when Pollentier started pumping his elbow. Because of this, he was ordered to lift his shirt, when he did, officials found “a complex plumbing system running from a rubber, urine-filled bulb under his arm to the test tube.”

Golf is a sport that uses self-regulation and honesty to make the sport easier to manage, but when you have someone that badly wants to win, this can easily be broken. David Robertson in the 1985 qualifying round for the Open at Deal did exactly that. He repeatedly moved his ball closer to the hole than where his marker was. He was snitched on by another golfer who then contacted the officials. They later disqualified him, was fined A?20,000, and was banned from the PGA European Tour for 20 years.

While at Memphis, Derrick Rose led the basketball team to a record 38 wins and a spot in the national title game against Kansas. Later the wins and records were taken away after it had been found out Rose had someone else take his SAT allowing him into Memphis. The school was then “hit with a three-year probation but evaded any scholarship loss or postseason ban.”

In 2000, Spain was able to take home the gold in basketball during the paralympics. But it was soon discovered that most of the team had no disabilities at all. One player to come clean was Carlos Ribagorda, he gave back his medal and described what happened. It turns out, that only 2 of the 12 players on the team were actually disabled. This was not the only incident in the 2000 paralympics; Spain also had two swimmers and a table tennis player who were not disabled

At Louisiana’s 1990 Delta Downs track, Carmouche started to get looked at by the stewards when he finished the race 24 lengths ahead of the second place runner. Not only this, but he finished it in a second over the course record. Carmouche originally pleaded guilty to this, but finally admitted what he did. Turns out, he dropped out of the race as soon as he was out of view, into the fog, then hopped back in before every other racer came around on the second lap. He was sentenced an eight year ban.

Bruin was an Irish swimmer who won gold medals and one bronze for Ireland — the only gold medals they have ever won. Unfortunately, rivals of her declared there was foul play involved, and they were right. Two years after her victories, she was given a four year ban for tampering with her urine sample. Testers said the sample had “a very strong whiskey odor”. She was stripped of her medals and retired from swimming at age 28.

Although he technically did not cheat, Chappell’s actions at a cricket game were so unsportsmanlike, that they changed the rules of the game because of it. During the 1980-81 Benson and Hedges World Cup, Australia’s 235 were up 15 points ahead of New Zealand. Though it was unlikely for New Zealand, they were able to put it within 6 points. When a New Zealand batter stepped up, he was given an underarm throw, making it impossible to hit in the air to have even a chance of getting the 6 points needed to tie. After the incident, people were so enraged that underarm throwing was banned.