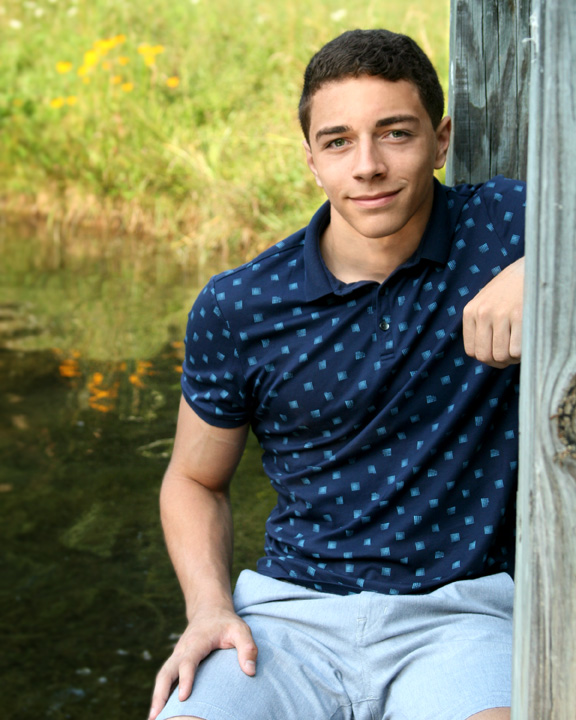 For many students, it’s a struggle to find something that they’re interested in, something they could spend hours doing without getting bored or resentful. But senior Keegan Moore found his interests very early in life. From art to wrestling to coding computers, Keegan has his hands full doing the things he loves.

The last 11 years of his life he has been immensely invested in wrestling. It’s something that he really enjoys, but also helps release anger or shake off a bad day.

“I like to win,” Keegan said. “And I like to take my anger out on people. It’s pretty fun.”

Wrestling may be an individual sport, but Keegan and many of the others work tirelessly to propel the team towards more championships.

“Wrestling last year I got 7th place so I’m looking forward to getting first place this year,” Keegan said. “Hopefully my teammates can do the same; I hope we can go the distance this year and get out there.”

But wrestling is only one of Keegan’s numerous passions. He grew up with a father who is an artist, so it has always been a prominent part of his life. But art for Keegan is not only a way that he is able to express himself, it’s also something he and his dad become closer through.

“I want to [go to college for art]; that would be cool,” Keegan said. “But I don’t know if there would be a career there [or] if there’s anything I could do after college with art because that’s kind of tough. As of now, I think I’m going to go to college for computer science. And then I’ll find some kind of IT job and be that nerd behind the computer.”

Keegan is particularly fascinated by computer science, and it’s something he hopes to pursue a career in once he graduates.

“Since I was in middle school, I’ve liked to build computers,” Keegan said. “I used to play games on them. But recently I’ve gotten into coding and designing programs and writing different scripts which is pretty cool to learn all those languages.”

While Keegan always wants art to have a place in his life, computer science is where he sees himself building a career.

“You can go anywhere. Every place needs some kind of IT dude to watch over all the people that don’t know what they’re doing in computers. There’s got to be one guy that who knows what he’s doing.”

You’d think that having so many different interests would cause him to have a diverse group of friends but Keegan says that it was only recently that he started to branch out and make friends from all corners of the high school hierarchy.

“It’s crazy how now I’m kind of realizing how I’ve known these people for a really long time and I’ve gone to school with them for so long,” Keegan said. “It’s just hitting me now that now maybe I should reach out and get to know some of these people before I never see them again. And it’s actually working out a lot better than I thought. It’s a much better way to look at things.”