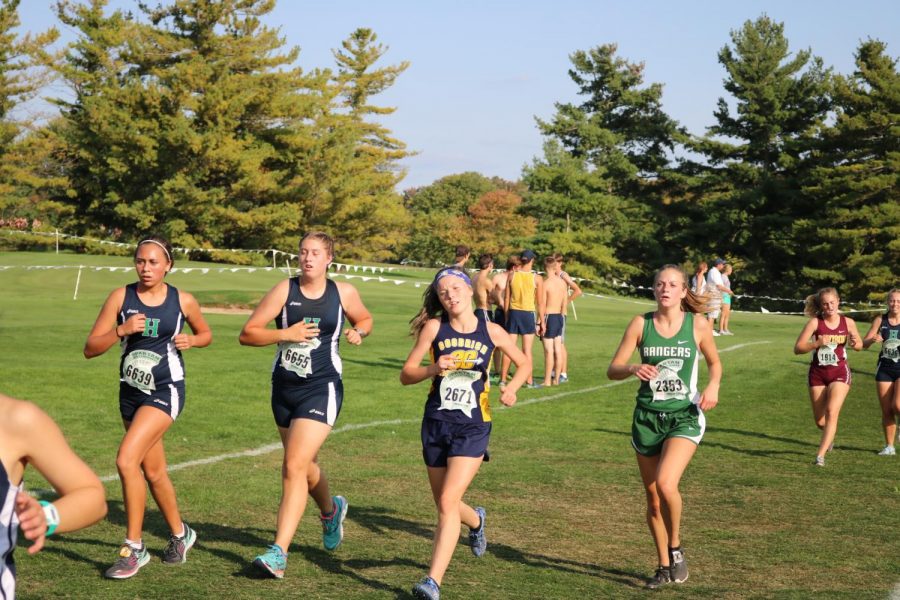 This past weekend, the boys and girls cross country team participated in the Cougar Falcon Invite at the Grand Rapids Christian Gainey Fields. Multiple teams traveled to participate, and many were eager to beat their times. Races were split between varsity and junior varsity with the top 10 runners from each gender running varsity. As the temperature throughout the day peaked around the 90’s, the Rangers battled many difficulties throughout the races. Despite the heat, the girls team finished the race with eight season-best times and placed fifth behind Caledonia with 132 points. The boys team placed sixth behind St.Joseph with a total of 186 points.

Despite the raging heat and terrain of the course, the Rangers managed to continue pushing to the end. With the girls team finishing with eight seasons best times, coaches are seeing a great deal of improvement. Their hopes to finish the season strong are growing as the runners show their ability to run during extreme conditions. The next meet for the Rangers is this Saturday, September 30th at Allendale.