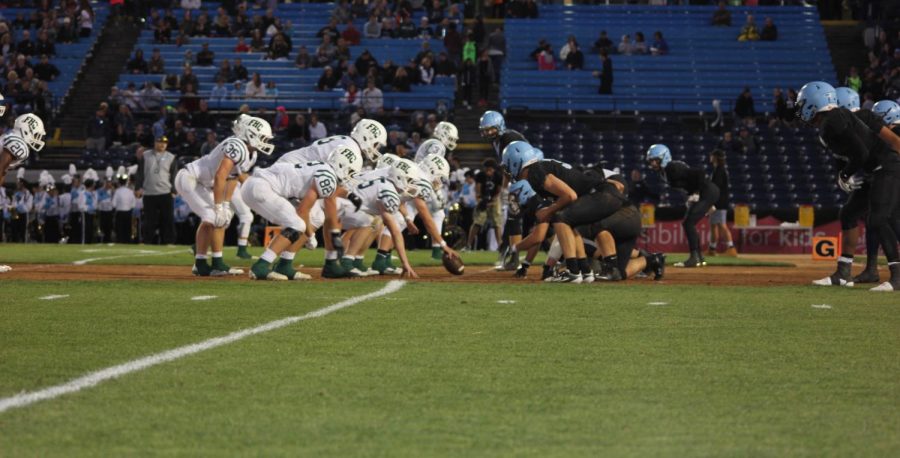 Junior quarterback Luke Majick accounted for all four touchdowns for FHC last night in a huge match up against cross-district rival FHN. With three rushing touchdowns and one passing touchdown, Luke was all over the field for the Ranger offense Friday night.

“We wanted to come out and win the line of scrimmage,” said Luke, who had a 36-yard rushing touchdown on a fake field goal. “In the first half we came out flat, but the coaches and I got on our guys going into the locker room. We came out strong in the second half, and I found the gaps made by our offensive line.”

After a back and forth defensive first half, FHC headed into the locker room with only a one-point lead: 7-6. Senior Bryce Clay came up big in the second quarter, blocking a 36-yard field goal attempt from FHN. This kept the Huskies off the board and gave FHC another chance on offense.

Luke finally broke the 0-0 tie with a two-yard touchdown run with just 2:15 left in the second quarter. The Huskies quickly answered, however, and drove all the way down the field through the air and scored a touchdown. Another blocked kick kept the Rangers in the lead by one, 7-6. 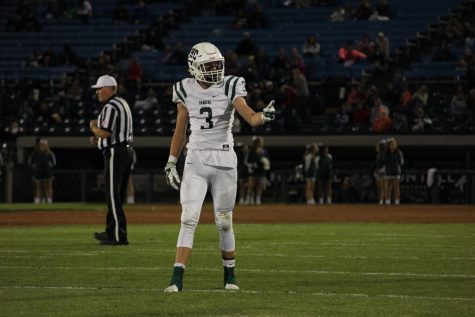 FHC’s defense again showed its dominance only giving up 14 points in Friday’s contest.

“It was great tonight, getting into the playoffs and reaching six wins,” senior captain and middle linebacker Isaac Torrey said. “It’s great [that we’re atop the OK white], but our defense has to keep getting better every week, especially with Lowell week coming.” 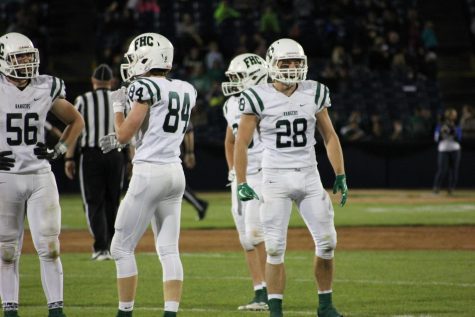 Isaac flew all over the field making tackle after tackle, along with the Ranger secondary who was challenged all night. FHN ran numerous screens, bubble routes, and quick hitters to try to gash the DBs of FHC. The Rangers answered the call and shut down a big play Husky offense.

Head coach Tim Rogers knew this game was going to be an emotion-filled one for FHC.

“I’m not going to say it’s not a big game, because it is,” Rogers said. “Obviously these guys know each other, and these guys see each other in the neighborhood. So it’s a little personal when you’re playing FHN, but I tried to make our guys realize that this was game six and we got into the playoffs.” 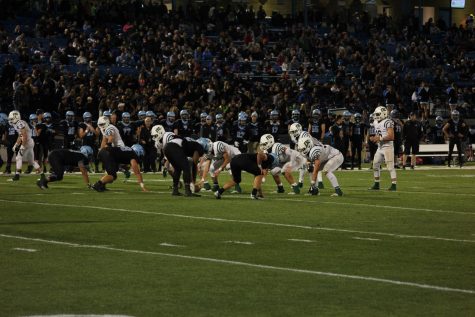 After FHC’s flat offensive first half, they came out firing on all cylinders. Luke found the end zone with a 17-yard touchdown run with only 36 seconds off the second half clock. Two drives later, he found Senior running back Moise Guerrier for a 22-yard touchdown pass.

The play of the night, however, was a fake field goal called by the Ranger coaching staff. After lining up for a 53-yard field goal, Luke pulled the ball, found the hole, and gashed the Huskies special teams unit. 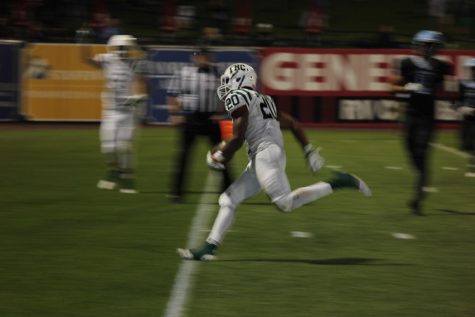 “[Senior kicker Daniel] Riser did a great job faking the kick,” Luke said. “The defense was originally lined up to fake pass, so I just ran it in myself.”

Coach Rogers knew his kicker would be pushing his boundaries, and made the call.

“I thought it was a little out of Dan’s range,” Rogers said. “I was worried about actually kicking it to begin with, so that’s why I went with the fake. That ball usually should be thrown, but they defended the pass so Luke made a nice read and ran it.” 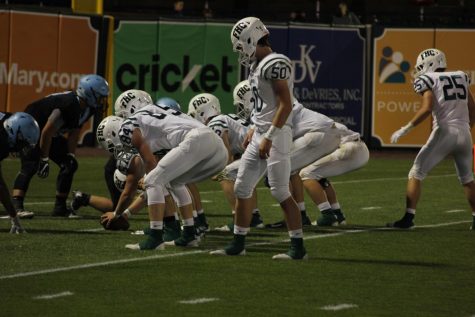 After the extra point went through following the fake field goal for a touchdown, FHC found themselves with a 31-6 lead. FHN would make one final stand and score on more time, cutting the deficit to 31-14. It was too little, too late giving FHC a 6-0 record, and a guaranteed trip to the playoffs.

“We have bigger plans than just playing Forest Hills Northern,” Rogers said. “We came out a little bit flat in the first half, but we made some adjustments at half and saw what kind of football team we can be when we came out and really played in the second half.”