“The Story of Us” hits the bar of excellence 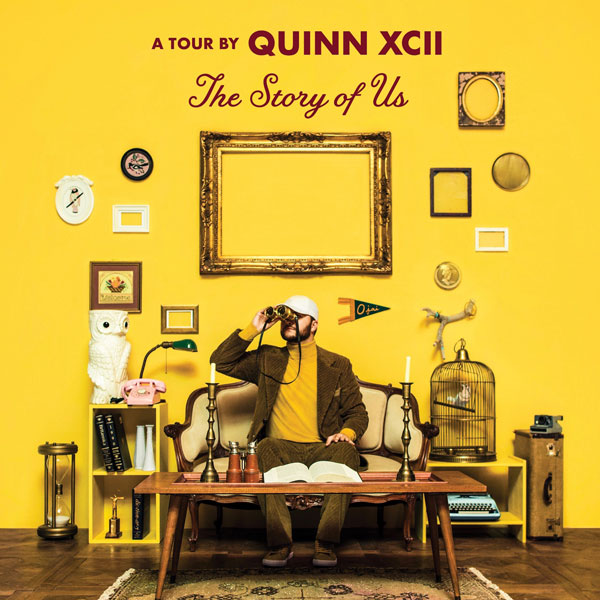 Expectations were set high for indie-pop artist Quinn XCII after producing hit after hit for the past two years. His most recent release, The Story of Us, leaves no room for disappointment, each track rolling seamlessly into the next one.

“Intro (Slow)” commences the eleven-track piece; the tone deviates greatly from his more well-known, upbeat songs accompanied by quirky, catchy, yet slightly disturbing lyrics. However, The Story of Us quickly resumes to the expected nature of the album with “Straightjacket,” a previously released single.

Since 2015, Quinn XCII has released three albums, all showcasing his unique, electronic voice supported by catchy backbeats. The familiarity of his music resonates throughout all his pieces, providing the same comfort one may feel returning to a favorite venue after many months.

As the tracklist makes its run-through, “Flare Guns” featuring Chelsea Cutler sticks out like a sore thumb– but not necessarily in a bad way. Instead of showcasing Quinn’s outstanding vocals independently, the blend of the two voices immediately draws attention. Cutler’s voice mixes perfectly with Quinn’s, although they vary greatly. Being the only collaboration on The Story of Us further emphasizes the song’s individuality.

To close the album, Quinn returns to a more relaxed vibe in “Always Been You.” Reminiscing over memories he shared with a past lover, this song perfectly concludes the tracklist. While the album itself doesn’t directly convey a narrative, the songs themselves are individual parts to a multitude of stories, allowing “Always Been You” to perfectly fill the concluding position on the tracklist.

Not only did Quinn XCII’s latest release live up to the high expectations he set for himself, but it also took listeners on a journey. From the introductory track all the way to the conclusion, Quinn told stories in his familiar voice, providing comfort to returning fans and entertaining new ones. The Story of Us has set a new bar for his work, but there’s no reason to believe he will ever fall short.