Inside the Training Room – Injuries 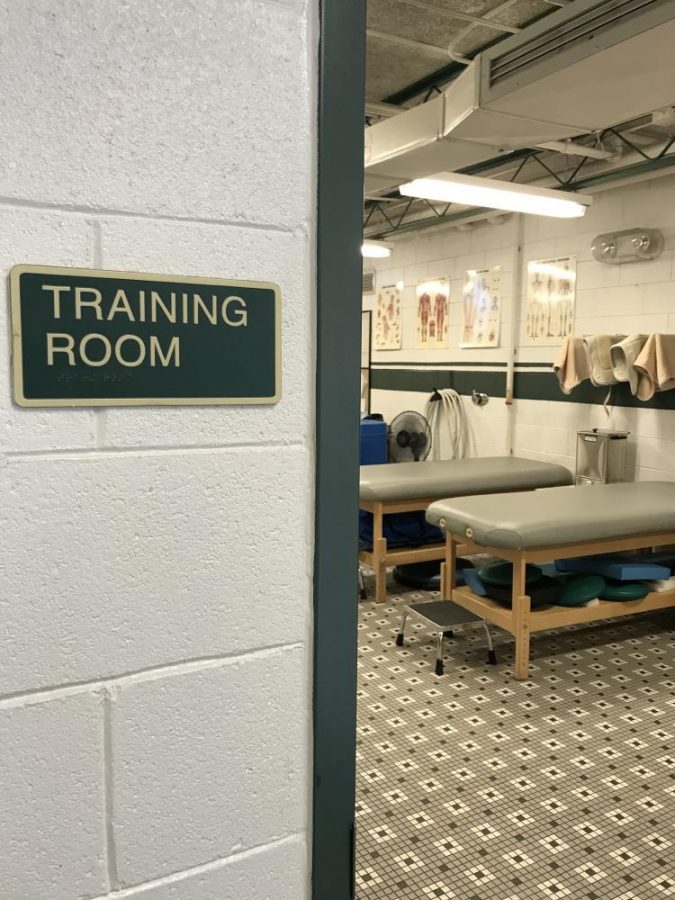 There are many steps that can be taken to prevent athletes from getting hurt, as discussed in the weeks past. Injuries, however, will most likely still occur at some point in an athlete’s career.

There are three main types of injuries: acute, overuse, and chronic. Acute injuries are the mostly unavoidable ones; they result from a single traumatic event and include things such as strains, sprains, fractures, and dislocations. The other two, overuse and chronic, are somewhat connected and are easier to try to avoid. Overuse injuries are subtle and occur over time, which may make them challenging to diagnose and treat. Examples of overuse injuries are things such as Swimmer’s Shoulder, Runner/Jumper’s Knee, Achilles Tendonitis, Shin Splints, and other things of the sort. Chronic injuries stem from overuse injuries, and are usually things that go untreated and have lasted three months or more.

In today’s world, overuse injuries have become a greater problem due to either sport specialization, or playing too many sports by young athletes. Over 50% of all student athlete injuries are a result of overuse.

“Some people think more is better, most of the time it isn’t,” Head Athletic Trainer JaNae Stewart says.

There is a large problem with injuries in athletes that play one sport. They are constantly moving in the same type of way for that specific sport and their bodies are never given the chance to do something different.

“A lot of times overuse just comes from repetition,” JaNae says. “If athletes are doing the same thing over and over again, obviously they are going to wear down.”

On the flip side, many people would say that playing many sports is beneficial and even healthier than just playing one or two. Some athletes may play three or more sports, in which case two or more of those sports would be in the same season.

“I am a very strong supporter of multisport athletes, but not at the same time in the same season,” JaNae says. “It is very very hard on an adolescent’s body.”

In either case, whether an athlete plays one sport or four, many of them are not getting enough of a rest period or “off-season”. This may lead to burnout, which can be seen in multiple forms. Whether it be pain with activity, lack of enthusiasm, decline in grades, or just general fatigue, student athletes can easily get worn down with such a rigorous schedule.

“There are too many athletes that are doing too much and their bodies aren’t getting the rest it needs,” JaNae says.

Some injuries just happen, but some can be avoided by taking a break every once in awhile. Give your body the rest it needs and it will stay healthy and functional when it is time to perform.