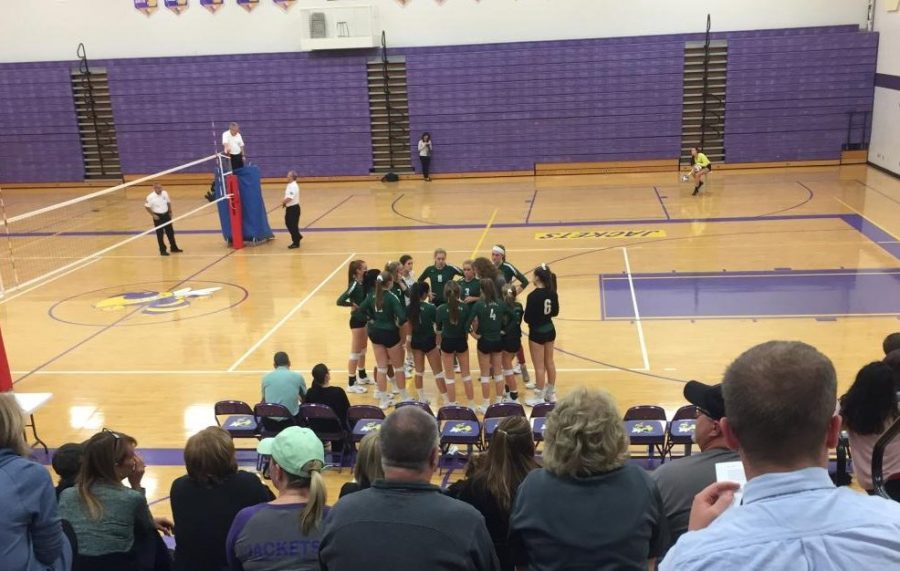 Led by junior hitter Katrina Bodkins, the Rangers were able to beat the Greenville Yellow Jackets 3-1 in their first match of the season to go to four sets. The win puts the team 4-5 in conference.

Both teams fought it out in set one with nine ties and four lead changes. Early in the set the Rangers were able to gain a small lead of two, 3-1, with a kill from junior Caileigh Treash and a tip from freshman Hannah Bergman. After losing the lead by a small margin, FHC worked ahead to an 11-8 advantage. The teams traded points for awhile until Greenville achieved a three point run that led to a 15-15 tie and a time-out from head coach Colleen Shields. Greenville was able to gain a 10-3 run to take the first set 25-18.

Freshman Julia Bouma, Hannah Bergman and seniors Louise Gallup and Audrey Tubbs all earned the team points to take an early lead in set two, 9-4. A 4-0 run from Greenville put them down by one, 9-8, but a tip from Hannah and two kills from Katrina would give the team a bigger lead of five, 15-10. The Rangers continued their intense pressure at the net with two consecutive kills from Louise and senior captain Emma Beck. Three errors from the Rangers and an offensive point earned by Greenville made the game close again at 19-16. Julia and senior Morgan Tomaszewski earned two more offensive points before Katrina would get the final kill to end the set 25-19.

Set three started with points being traded back and forth. A small lead would finally be established with two kills from Katrina, one from Emma and a service ace from junior Katherine Fowler, making the score 12-9. Two consecutive errors from Greenville and a kill from Julia forced them to take a time-out 15-10. Coming out of the time-out, junior Kate Ryan was able to earn the team another service ace. Multiple scoring runs were earned by both teams but an error from Greenville would seal the set for the Rangers, 25-19.

After a kill from Katrina to begin set four, multiple aces and blocks from Greenville put them on a 4-0 run to take the lead 4-1. A lucky freeball from the Yellow Jackets earned them another point and a minute break as Shields took a time-out, 7-5. Two kills from Julia and one from Morgan and Katrina gave a slight lead of 13-9 to the Rangers. With multiple mistakes being made from the opposing team, their coach took a timeout as the Ranger lead had grown to 16-10. Later into the match Audrey would earn two service aces for a score of 21-14 in favor of the Rangers. Four hitting errors from Greenville gave the set to FHC for a set score of 25-16 and a 3-1 match win.