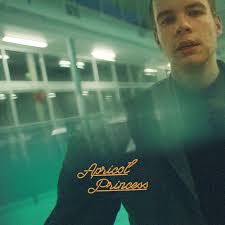 Nicknamed “The OC” by a teacher and adding the “Rex” himself, 19-year old Alex Oa��Connor is beginning to make a name for himself in the music industry as Rex Orange County.

Shortly after appearing on Tyler, the Creator’s Flower Boy, the UK native’s following began to expand. Oa��Connor’s boyish personality is endearing and appealing to a new generation of youth, and his presence on social media suggests that Oa��Connor is likely to continue growing in popularity.

Apricot Princess is Oa��Connor’s second project and first album, following 2015’s bcos u will never b free mixtape. Oa��Connor’s unique style melds vocals from the heart with quick, peppy rap verses, displaying his versatility as an artist. He tackles topics such as young love, family, and youth with a lighthearted tone, though he doesn’t shy away from slow, sad ballads such as the track “Untitled.”

On “Sycamore Girl” Oa��Connor teams up with his girlfriend Thea, bringing pure emotion and chemistry onto the affectionate track. Oa��Connor isn’t afraid to make bold statements either, such as the lines “This family reunion felt so uncomfortable, I left/They all decided to stay/So it’s just me and my mistakes” on the track “Waiting Room.” “Happiness” comes straight from the heart, as Oa��Connor questions his own self-worth and accomplishments.

Keep an eye out for Rex Orange County in the future– his UK tour begins shortly, and at this rate, he’s sure to end up in the U.S. eventually. At only 19 years old, Oa��Connor has a promising future in the industry ahead of him with more than enough time to polish and perfect his sound.