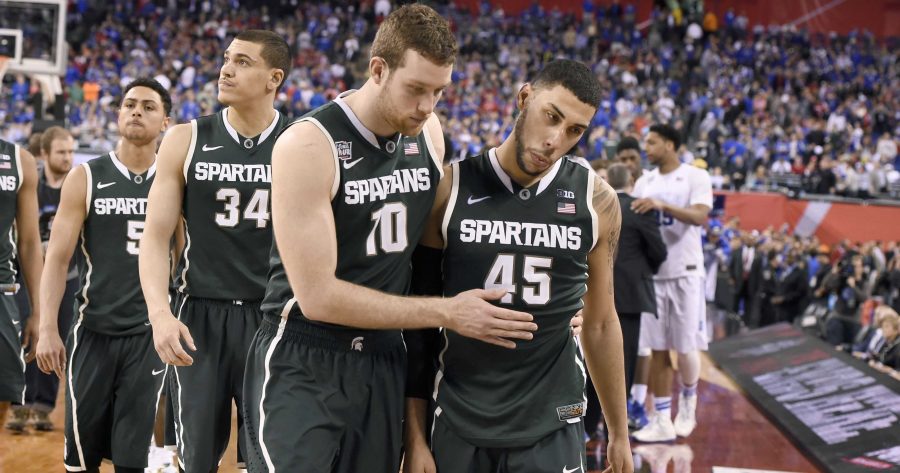 Michigan State basketball was destined for a huge season last year, but didn’t live up to the expectations. With multiple freshman top 100 stars last year like Miles Bridges, Nick Ward, Cassius Winston, and Josh Langford the spartans were young and inexperienced. This year, all 4 of those players return, along with seniors Tum Tum Nairn Jr., Gavin Schilling, and Ben Carter. The spartans also got freshman 5-star recruit Jaren Jackson. A few other key returners are junior shooting guards Matt Mcquaid and Kyle Ahrens, along with forward Kenny Goins. Here is my projected starting lineup for the upcoming season.

Although Coach Tom Izzo loves to play seniors over underclassmen, Cassius is simply more talented than Tum Tum. Tum Tum brings leadership and athleticism, but Cassius has court vision and basketball IQ that outshines that. He is a four year type player that will only get better. In his freshman campaign he had some turnover issues, but when he is surrounded by good players it only makes him better.

Josh Langford had a good freshmen year, but is destined for a breakout season. Coming out of highschool as a Mcdonald’s All-American, Langford had high expectations and is bound to be a key scorer and slasher. His midrange game is tough, and he has a D1 body frame.

Known mostly for his highlight reel dunks and big plays, Bridges doesn’t always get the credit he deserves for his overall play. After last year he was expected to go to the league, but was smart to come back and mature under Izzo for another year. His jump shot has improved since last year, and he will be on the wooden watch. Bridges is their key player and will decide whether or not they will be a good or great team.

Nick Ward was a beast in his freshmen season. Averaging 13.9 points and 6.5 rebounds per game, Ward exceeded expectations. Ward is a big body standing 6a��8, 245 pounds. At points, Ward carried the weight offensively with an array of big plays at crucial times. Look for Ward to up his production even more in his Sophomore season and prove to be one of the best post players in the country.