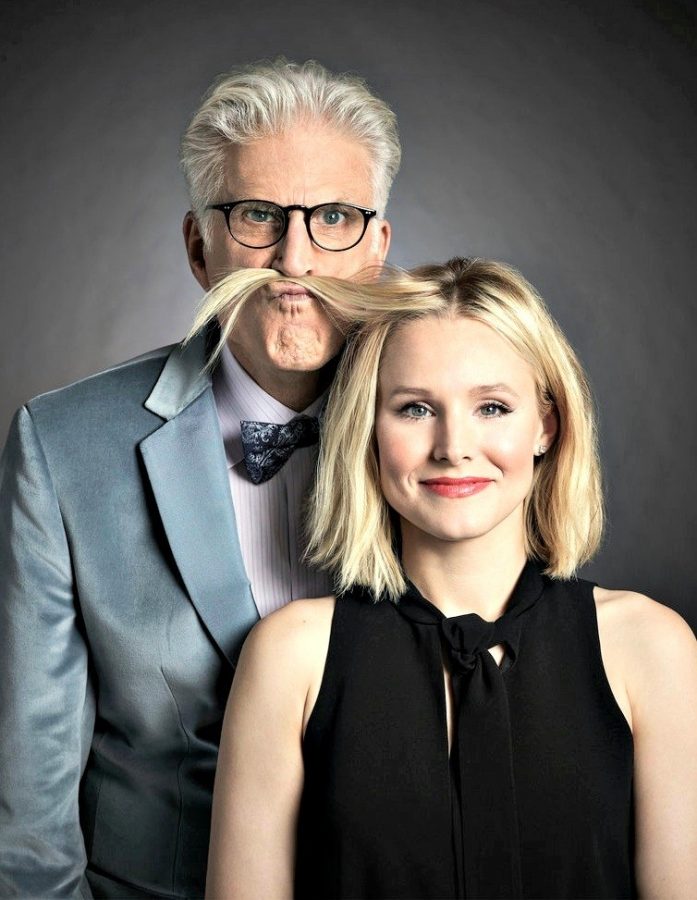 When I reluctantly began the NBC sitcom, The Good Place, while boredly scrolling through the array of shows available to me On Demand, I had low expectations.

I expected a run-of-the-mill comedy, void of depth or meaning like every other fluff-filled sitcom on TV.

And at first, I was served just that.

The show is entirely set in a heaven-esque, after-life paradise known as The Good Place. Following an abrupt death in a grocery store parking lot, Eleanor Shellstrop (Kristen Bell) is erroneously plopped down in one sect of The Good Place rather than her predestined spot in The Bad Place. Every inhabitant of The Good Place is assigned a soulmate. Eleanor’s soulmate, Chidi Anagonye (William Jackson Harper), devoted his life on Earth to ethics as a philosophy professor. As a result, Eleanor enlists him to teach her how to be “good” in the hopes of trading her dishonorable ways for morals and principles fit for The Good Place.

As I said, the beginning of the show was fairly standard. The comedy was decent at best and oversaturated with half-witted puns. Nonetheless, it was amusing enough to entertain my boredom and keep me watching throughout the entire season. And the deeper I got into the show, the more I grew to enjoy it.

Though the show took on a fairly lighthearted setting and tone, it has a surprising depth to it. Many aspects and concepts of philosophy are casually thrown in via Chidi’s classes. Furthermore, the psychological battles some of the characters endure are particularly interesting. To put it simply, the characters are constantly trying to distinguish from the good and the bad– trying to decipher where the line should be drawn. Even in the afterlife, the everlasting struggle between “good” and “bad” persist.

Also, the characters are another great aspect of the show. Like the show itself, they all appear to be shallow, humorous characters on the surface level. But as the show developed, so did their characters.

But above all, the ending of the first season finally sealed the deal for me. I won’t disclose the details, but it hits you right in the face. I found it to be incredibly interesting and intriguing.

So even if the beginning of the show doesn’t quite do it for you, I’d definitely implore you to at least try to make it to the finale. The second season just recently began, and I for one will certainly be tuning in.