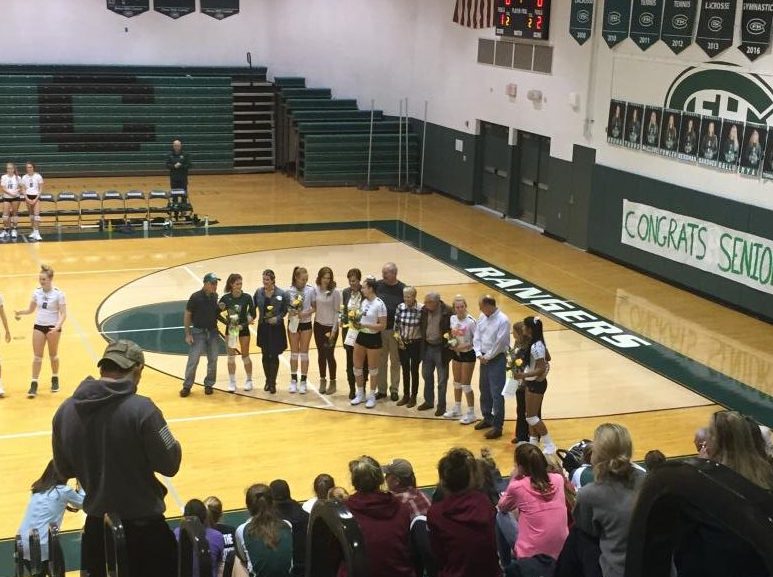 FHC varsity volleyball faced off against the Bengals of Ottawa Hills Thursday night in the last home game of the season. The Rangers swept the Bengals on senior night to earn a neutral record in the conference at 6-6.

With three vehement kills from senior Kendall Gardner, set up by freshman Morghan Tilton and four aces from senior Audrey Tubbs, the team dominated set one, letting the Bengals only score 11 points to their 25. Late in set two, the Bengals had set point, but they were not able to take down the Rangers. Audrey scored her only aces in set two at a crucial time; with the consecutive points they were able to scrape by the Bengals in set two to win it 26-24. The third and final set went much smoother for the Rangers. The set was led by junior Katrina Bodkins with five kills being assisted by freshman Hannah Bergman. With it they were able to win 25-18.

This win puts the Rangers fourth in conference. The team’s first district game will be Halloween night at 6:00pm against Greenville at Greenville.