Reena Mathewsa�� a�?Popping the Bubblea�? is a series in which she covers some of the biggest news of the past two weeks. This weeka��s installment marks the fifth chapter of this biweekly series. 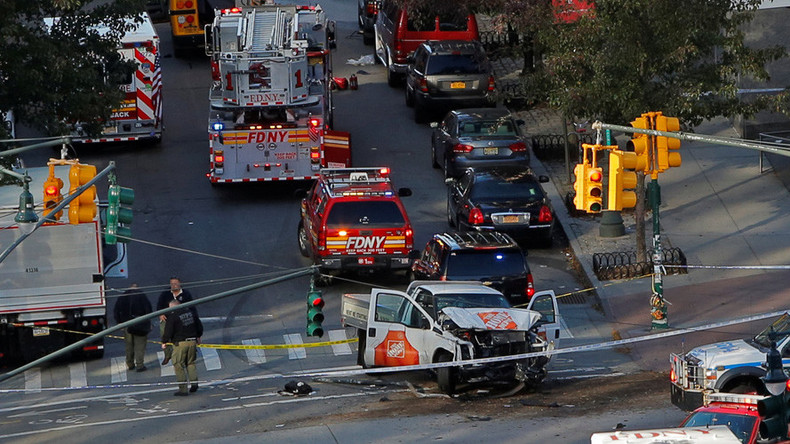 In April of this year, Facebook released a report that included a section discussing “malicious actors” engaging in “influence campaigns” during the 2016 election. Then in September, a blog post from Facebook revealed that groups linked to Russia were behind the campaign.

Basically, these campaigns entailed Russian groups purchasing and implementing a variety of ads on Facebook relating to a variety of topics. While Facebook refuses to release examples of these ads, the details that have emerged have given us a little bit of insight. What we know is that the ads covered a wide range of topics from Black Lives Matter to gun rights. Essentially, the goal was to have ads pertaining to polarizing issues in an attempt to definitively nudge moderates to the left or right and perhaps to disrupt and divide the country.

Many of these ads were geo-tagged, meaning specific ads targeted specific locations. For example, BLM ads were sent to Ferguson, and many ads were sent out to crucial swing states such as Wisconsin and Michigan.

Facebook claims they were unaware of the activity, but many counter this, arguing that it was incredibly obvious.

Google and Twitter have also been in hot water for similar situations. Recently, information was uncovered about Google selling around $4700 worth of ads to Russian groups before realizing their actions. As for Twitter, there were reportedly hundreds to thousands of fake accounts run by bots from Russia. Again, people are outraged; how could Twitter allow this to happen? To this, Twitter assured the public that they were doubling down on security.

So currently, John McCain and Democratic Senators Amy Klobuchar and Mark Warner have signed on together to introduce The Honest Ads Act bill in order to regulate political ads on the Internet and prevent foreign forces from meddling.

Last week, five teenage boys ranging in age from 15-17 made the mindlessly cruel decision to spend their night lobbing assorted rocks and objects at oncoming cars on the highway from two separate overpasses. Several cars were damaged, but that’s not the end of the story.

On I-75, the 32-year-old father of four, Ken White, was minding his own business, just trying to drive home. A six-pound rock came hurling down at his windshield, striking him in the chest and head, leaving him dead.

These five boys singlehandedly destroyed so many lives, right here in Michigan, just because of their senselessly ruthless idea of “fun.”

Though justice doesn’t seem like a feasible prospect for such a harrowing story, the gang has been arrested and individually charged with Second Degree Murder, Conspiracy to Commit Second Degree Murder, and Malicious Destruction of Property. In short, life in prison could be in the very near future for all five of these boys.

In a previous installment of “Popping the Bubble,” I discussed the turmoil in Catalonia, Spain (read here). Since then more of the story has been unfolded.

Following the violence and unrest during the referendum for independence, Catalan president Puigdemont had been discussing ideas of postponing independence in order to make room for conversations with Madrid about the future of Catalonia.

However, Spain rejected any hopes for negotiation; they demanded a concrete answer from Catalonia on whether or not they were going to declare independence. In response, Catalan lawmakers voted in favor of independence. Consequently, this past Saturday, Prime Minister Mariano declared that he was “dissolving” the Catalonian Parliament via Article 155 of the Spanish constitution which allows the central government to extract self-rule from a region when a region is threatening to depart the country.

Additionally, the recent turn of events has seemed to dampen the fire of rebellion; the once passionate cries for independence have lost their furor.

This Tuesday afternoon, a rented Home Depot truck sped down a bike/pedestrian path, colliding into several people and then proceeded to collide with a school bus before finally coming to a stop. The attacker then exited the vehicle and continued his rampage on foot with paintball and pellet guns. The police finally subdued him with a shot in the abdomen.

Reportedly, eight were killed while around 12 were injured. With these numbers, this is the deadliest terror attack in New York since 9/11.

Thus far, authorities have unearthed an image of an Islamic State flag and several notes (in Arabic) pledging allegiance to the Islamic State in and around the vehicle used for the attack. The attacker also reportedly yelled “Allahu Akbar” during the incident.

As of now, the suspect has been identified as 29-year-old Sayfullo Saipov. We know that the suspect did legally immigrate here from Uzbekistan in 2010 and earlier this year, moved to New Jersey with his family. He had previously been on the FBI’s radar, but for unrelated reasons. It appears that the attack was premeditated and inspired by prior Islamic State attacks.

My heart, prayers, and thoughts are with the victims of the Manhattan attack and also the family of Ken White. Yet again, senseless tragedy continues to plague us; here’s hoping for a brighter two weeks.