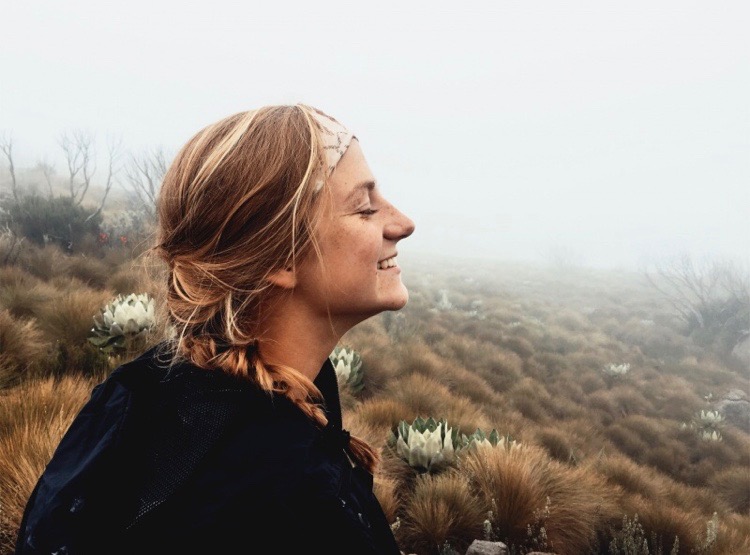 Senior Megan Tiggleman followed her heart 7,859 miles from Forest Hills to Kenya this past summer. Motivated by a passion for travel and a heart for others, Megan began the long trek over the Atlantic Ocean.

Through word of mouth, Megan first heard about travel opportunities through “Service Learning In Kenya” (SLIK for short) from her friend Caroline Boynton, who lives in California.

“[Caroline’s] cousins have been on this trip,” Megan said. “She was planning on going on the trip, and I was super interested in going. So she told me all about it, and I decided to tag along with her.”

Megan was gone for almost a month during June and July. While some would be homesick or uncertain about traveling so far away from home for such a long period of time, Megan was unafraid. Through various summer trips over past summers, she has plenty experiences of traveling and navigating life in other countries. Megan knew that the journey to Kenya would be worth it once she arrived.

“The flights are super long,” Megan said. “I met my friends from California in the airport, and [from there] it was a long flight to London and then to Nairobi.”

Having a familiar face along on the trip definitely eased her into her travels better, for both Megan and Caroline.

“Even though she lives across the country, we talk nonstop,” Caroline said. “She always brightens my day.”

When the students first arrived in Kenya, they stayed at a retreat center.

“It was a nice place to stay,” Megan said. “It had zip lining, and it was super fun and safe.”

After their stay at the retreat center, the group traveled through the rural farmlands of Kenya. For the first part of the trip, the students were grouped into partners and assigned a school to teach at.

Megan taught English, science, and math at a primary school, but even with a great experience came some challenges.

“The kids had crazy accents, and it was really hard to understand them sometimes,” Megan said. “They were kind of shy at first, but as you got to know them more, it was easier to communicate.”

The leaders aimed to create powerful relationships with the students, and many times, they ended up in a fun activity, like talent shows.

After a week and a half of serving at the elementary schools, the pack had to prepare for the most trying part of the trip: climbing Mount Kenya.

“It was one of the hardest things ever,” Megan said. “When you think of Africa it’s hot with elephants everywhere, but up there, it was like the jungle. There was bamboo and mud everywhere.”

The SLIK students were originally supposed to sleep in tents on the mountain but moved to “lodges” because of the number of people in their group.

“They weren’t really lodges,” Megan said. They were just a brick building, but it was better than staying in a tent in the middle of Africa.”

The last leg of the hike was the most difficult. The high altitude made the trek arduous, and the frigid temperatures were hard to adjust to.

“[The summit] was like 16,000 feet up and snowing like crazy,” Megan said. “I felt like I was going to fly off [of the mountain]. It was [like traveling through a place that would be] on the cover of National Geographic. We barely even slept. It was like we went to bed and woke up 4 am to [get to the summit] to watch the sunrise. You wanted to quit, but [also] to see the beautiful view.”

The ascension of the mountain was made easier by the support of her fellow climbers.

“It was physically difficult to move forward,” Caroline said, “but we were all really encouraging of each other.”

After the strenuous three day trek, the students headed to a safari.

“It was like ‘This is Africa,'” Megan said. “There were people with colorful clothes on. You’d drive through the game reserve, and there are animals everywhere. We saw cheetahs, elephants, leopards, zebras, and giraffes.”

Soon it was time to say goodbye to Kenya. The students grew close together while giving back to a community that was so far away.

“[I loved] growing so close to a culture that was so far away,” Megan said. “Talking and connecting to the people was my favorite part.”