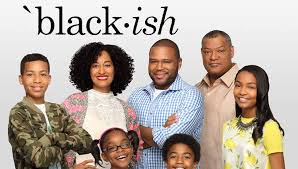 Black-ish, now in its third season on ABC, is the classic family comedy, but it incorporates a modern twist within its realm. With its original storyline, riveting themes, talented actors, and genuine comedy, Black-ish continues to shine as one of ABC’s best shows.

Starring Anthony Anderson and Tracee Ellis Ross, Black-ish is based on the Johnson family. Dre and Rainbow Johnson grew up in poor areas with families who struggled to provide for their children. After working hard and advancing through college, Dre and Rainbow now find themselves successful, quickly rising to the top of their respective fields, and living in a colossal house in a suburban neighborhood. While raising their children Zoe, Junior, Diane, and Jack, the Johnson family struggles with their fear of losing their African American culture because of their purely white surroundings.

Over the first two seasons, Black-ish managed to tastefully discuss dozens of controversial topics about race. Between sports, gun control, and countless topics in-between, Black-ish never fails to spark a debate. In the season finale, they even covered the issue of prejudice in both older and modern society. The grace that Black-ish employs when exploring these topics is incredible. Throughout every installment, the show never once came across as disrespectful or controversial.

With talented actors such as Anderson and Ross, Black-ish successfully radiates each important message that they take on. The actors integrate true feeling and emotion in every word, every line, every scene. With their family temperament and genuine chemistry, their acting technique keeps the show authentic.

Although the topics covered in Black-ish may be vexing, it is still a comedy show at heart. The synthesis of stunts pulled by the kids leaves viewers laughing. Each week, writers manage to formulate fresh jokes while also incorporating long-running jests into the episode. While the show occasionally has deeper meaning behind the lines, its humorous nature fundamentally keeps it a family show.

Between Modern Family, The Middle, The Goldbergs, and Fresh Off the Boat, ABC seems to have an endless supply of family-based TV series. The notoriety of these shows lies in their continual tendency to become dry and boring after a few seasons. Over the first three seasons, Black-ish has succeeded in avoiding this and retaining its humor while subtly covering controversial racial issues. It will be fascinating to watch the Johnson family grow over the next few seasons and contemplate their issue of being “Black-ish.”