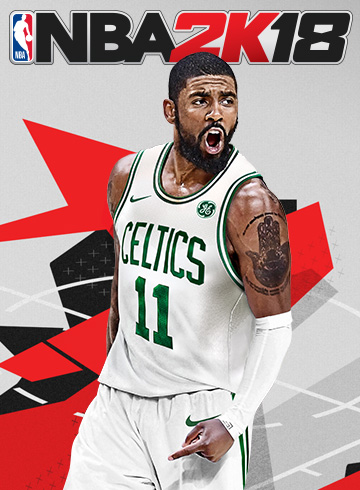 NBA 2K18 is a very popular game, and is a classic way to earn bragging rights to your friends if you’re super competitive about sports video games. We dive into the specific game modes of NBA that are the most played by the community and what makes it the 2nd best selling sports game.

Just playing your classic NBA game is a the best way to spend a lazy day. Classic mode is just your typical NBA game ,and it actually feels just like watching a game on TV. You have the option to be any of the 30 teams and to be teams from the past along with international teams, which is suprisingly very popular with the NBA 2K community. But what 2K had just added in 2K18 which is really cool is all-time teams. An all time team contains the best players of all time their respective team. So you can have Larry Bird and Celtic legend Paul Pierce on the same team competing against a team with Jerry West and Kobe Bryant!

Like Madden, NBA has a fantasy mode where you are the GM of an NBA franchise and your owner sets goals for your season, just like a real NBA owner does! You have the option of doing a fantasy draft, like Madden, or still having the current team and taking them to the NBA Finals. Something that I love to do in this mode is take my fantasy team and compete online against different teams. I think it’s a very creative and popular idea overall.

This is just like Ultimate Team in Madden. It’s no question the most popular mode in the game and personally my favorite. In NBA however, the game allows you to earn more VC (Virtual Currency) if you play online instead of doing solo challenges. There are also less solo challenges in NBA than in Madden. What I like better about MyTeam than Ultimate team is the fact that packs are much easier to get, and the rewards are much better. In Madden, the packs are hard to get by themselves, and the rewards mostly aren’t that shocking. MyTeam is just such a great game mode because it has that “Dream Team” feel of it seeing all time greats on the same team.