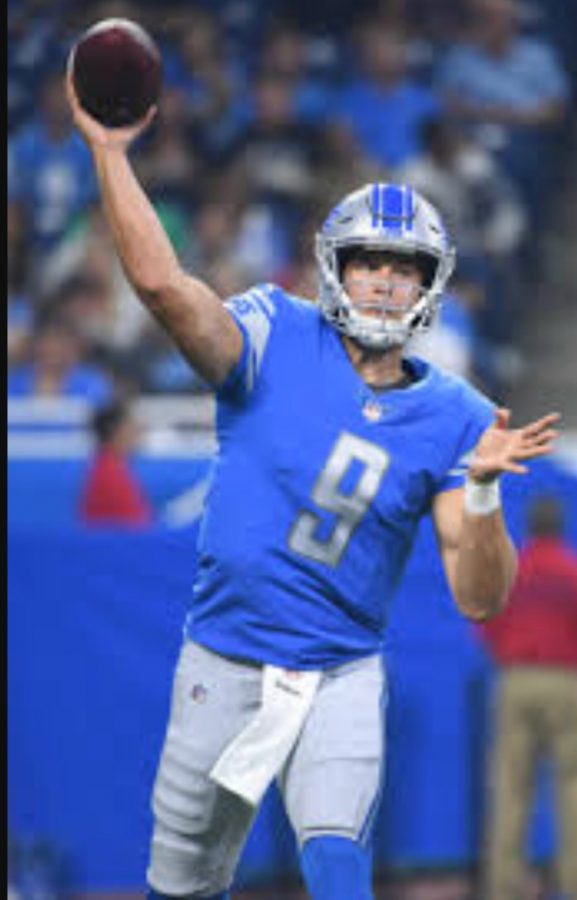 On November 19 the losing Lions won against the bears 27-24. The Lions record is now 6-4. When has the Lions record ever had more wins than losses? Something or someone has to be changing the way the Lions play.

I think Matthew Stafford and T.J. Lang should be recognized as the cause for this sudden outburst in wins. First, Matthew Stafford had an amazing season, making their record 9-7. With Stafford, the Lions won eight games that they trailed in the fourth quarter, an NFL record. Without him, they would have won a lot less.

The Lions trailed in the fourth quarter of 15 games. Yet they went to the playoffs a�� and more than anything else, it was Stafford’s improved efficiency and captivating heroics that got them there. That’s why I believe he deserves to get the best player on the Lions title.

Another key player that helps the Lions is T.J. Lang. Most people wouldn’t have said he was the second best player. I get it, it’s a high ranking for a guard, but T.J. didn’t give up a single hit at the QB, yet alone a sack.

I know he hasn’t been on the Lions team for more than this season, but he has made a humongous effort in gaining his spot. Blocking many key opponents is just one thing he does. He helps the team with more than just his amazing offense and defense, he gives the team more of an edge.

Stafford and Lang make up for the worst players, like Eric Ebron and Tion Green. Ebron and Green make the team suffer. Their adequate plays and exceptional passes and blocks, help the Lions propel their record.

I keep telling myself not to have faith anymore, but I keep going. Matthew Stafford and T.J. Lang restore my faith after watching Ebron and Green drop passes after passes.