During Thanksgiving dinner debates, piping down is not always the best option 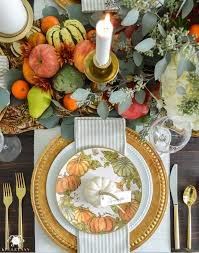 Nearly everyone can relate to the overwhelming dread of political talks with normally-estranged family members around the holiday season. Specifically, Thanksgiving is infamous for the all-out brawls between aunts, uncles, cousins, grandparents, and siblings. While most kids are taught to pipe down during these debates, it’s important to raise a voice during these times– especially if you’re educated.

Now, I can understand that there is a time and a place to debate relatives on sensitive issues, and that time and place might not be at the Thanksgiving dinner table. However, if one relative makes a snide remark about something you are passionate and educated about, it’s not the time to sit quietly.

While you may not be able to change their minds, if you’re my age, you’re able to prove that you are more than a mute sidekick to your parents. A popular complaint about my generation is how we allegedly never pick up a book and are brainwashed by our phones and other various pieces of technology. By showcasing your own knowledge, you become more than just the quiet, obedient, and brainwashed teenager; you’re someone with an opinion.

Refusing to keep quiet also shuts down the discussion of the aforementioned sensitive topic. Often, when a relative crosses the line of appropriate things to say, we are filled with an overwhelming urge to correct them– but we stifle it. Give in to the urge; it may pay off.

Of course, the easiest way to avoid the dreaded debates is not talking politics to begin with. If an all-out political brawl is not on your Thanksgiving to-do list, instead of working to shut down incorrect statements, fight to avoid delving into the most recent politics. When any sort of sliver of politics slithers its way to the table, seamlessly change the subject to save you- and your family- some headache.

Not all relatives have a problem with discussing delicate topics during family gatherings; in fact, most are quite enjoyable. However, for the times your relatives do cause some headache, don’t blend into the background– speak up.