Harper Lee has killed this Mockingbird 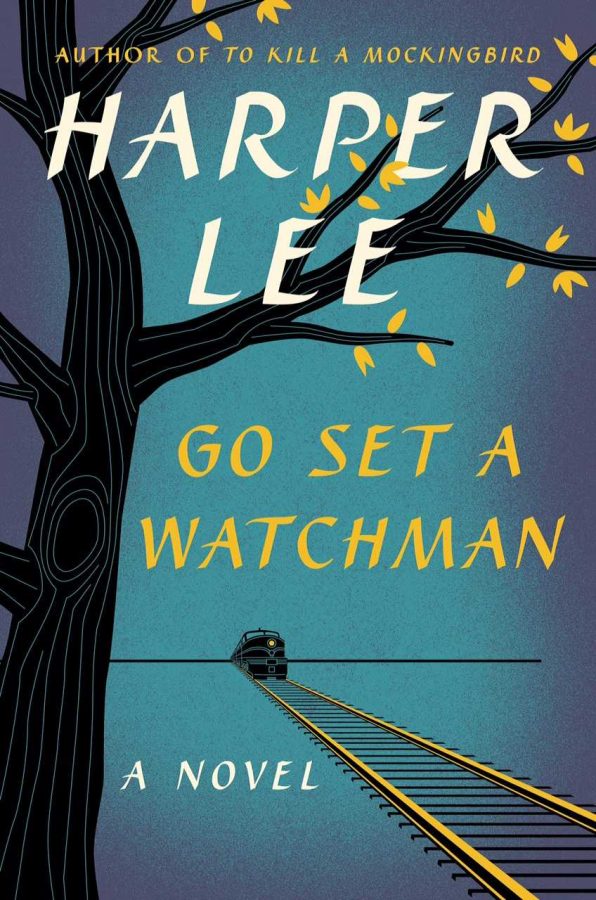 Of all the books I’ve read in English class in these past four years, To Kill A Mockingbird has always been at the top of my favorites list. I fell in love with the story and Scout’s need for adventure. The court trials made me feel as if I was sitting in the room beside Jem and Scout, seeing everything from a child’s point of view. And the way Atticus stood with Tom and fought for him despite his being of color gave me a hero to root for.

When I heard that Harper Lee was publishing a sequel, I was overjoyed. Her first novel had brought me so much, so I was almost certain that her second would be even better. But I was also a bit nervous. Sometimes sequels and more additions to series are really not necessary. The story is perfectly fine standing on its own. And that was the way To Kill A Mockingbird was.

My mom and I each preordered a copy of Go Set A Watchman from Barnes and Noble the moment we knew the book was available, and she picked up the copies the day the book came out. I was ecstatic to read it. If Harper Lee had impressed me with her previous book, it was without a doubt that she would blow me away with her new novel. I admired the cover, then proceeded to flip the book open to chapter one.

And thus began 278 pages of disappointment. From page one, I felt a difference in Jean Louise/Scout’s voice. I mean, she’d obviously grown up, which was to be expected, but it was more than that. Gone from these pages was the excited, rebellious, fiery tomboy who was always getting into some sort of trouble. The character I had once loved had been replaced with a bitter, moody, anger-filled young woman who snapped at her boyfriend and seemed to have no respect for anyone. And yet, some of her anger was justified. Up to a point, anyway.

One thing that nearly had me throwing the book across the room was when it was revealed that Jem had “dropped dead in his tracks one day.” Atticus’s son was the last character I thought Harper Lee would kill off in this book. It seemed unnecessary to kill him, and I feel like this is where a lot of Jean Louise’s bitterness stems from.

Something that left me speechless and shocked critics as well was the fact that Atticus was a part of the Citizens Council, had pamphlets called “The Black Plague,” and seemed to be in full support of a man who gives an extremely racist speech. This is the man who successfully defended Tom Robinson many years ago and didn’t care at all that he was of color! And now he suddenly agrees with racism? This made no sense at all to me.

Despite the fact that Uncle Jack tries to explain to Jean Louise that this is not the case, and it all has to do with complex things like history and politics, I side with the main character on this one. This is not the Atticus that I got to know and looked up to in the first book.

The loss of the friendship and closeness that the Finch family had with Calpurnia also upset me. She was a motherly figure to Jem and Jean Louise; it was depressing to read that when Jean Louise went to visit her, she was polite and cold. That is the polar opposite of the Cal that I found to be a character full of strength in To Kill a Mockingbird.
When Jean Louise starts arguing with Atticus about his betrayal and he says, “You realize that the vast majority of them here in the South are unable to share fully in the responsibilities of citizenship?”, I slammed the book closed. I was disgusted with the words I was reading and the way Atticus Finch had changed. He was confident in the words he was saying to his daughter about how those of color are “backward.” He says that he’s just pointing out some truths to her, but is he really? I understand that since this takes place in the 1950s, racism was a popular topic, but seeing as these words are coming from such an iconic character, I was, again, repulsed by what I was reading.

Now, despite all of the things I disliked strongly about this novel, there was one thing I did actually enjoy. There were quite a few flashbacks to Jean Louise’s childhood and more of the adventures that she, Jem, and Dill went on. There were even some funny moments from her teen years. It was those pages that have kept me from ditching this book completely. Those pages are filled with the characters as they were and as they should be. The characters that I loved and will try to continue to love, despite the way the remaining parts of this novel tainted and stained them for me. Here’s hoping that Harper Lee will not be publishing any more books about these characters, because I definitely will not be reading them.  Harper Lee has killed this mockingbird.