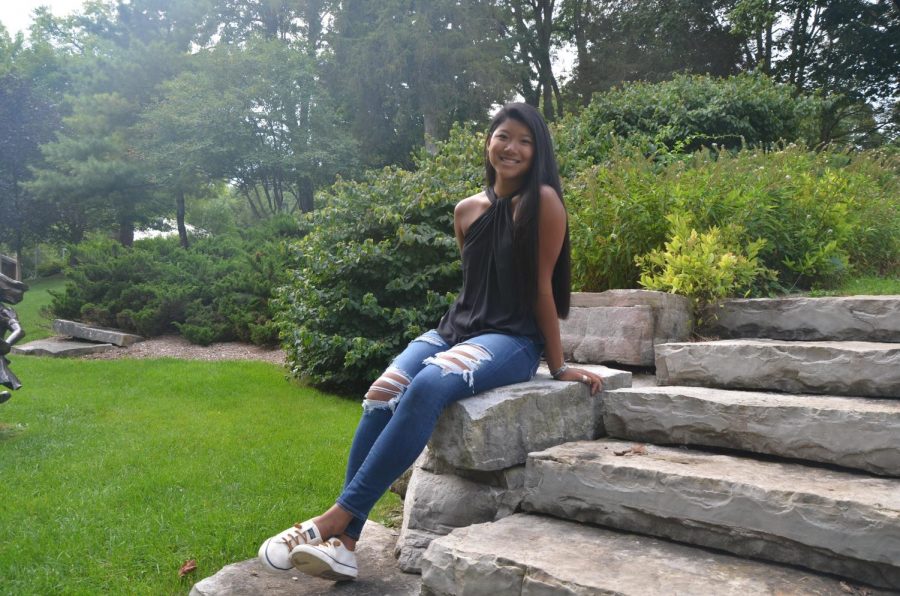 Senior Emma Beck begins to talk, welcoming everyone back to another day on FX.

“I like to do FX mainly for the people who are in the class because we’re all really close as a team and as a group,” Emma said. “Especially if we have a show, and the stress is really rising up on all of us to produce something that can air at that moment and everything, the pressure just kind of pushes us closer together.”

But for Emma, the pressure is outweighed by her overwhelming desire to express her creativity in a unique and intriguing way.

“It’s fun to be silly and make videos on whatever we want, as long as they’re confirmed by Mr. Manders of course,” Emma said. “But [it’s also fun] to just use our own creativity to inform the school about stuff going on.”

Emma’s creative expression of herself and exuberant personality that makes her so good with new people was obvious even at a young age.

“When I was in second grade, I think, I was the goalie [at soccer] for the first time,” Emma said. “I didn’t know what I was doing, so I started doing cartwheels in the goal. I mean, my team had it under control; they were on the other side of the field. But all the parents saw me singing and dancing and whirling around.”

However, production and other film type careers aren’t the direction Emma sees her life going in. While she enjoys the outlet for her creativity, she finds that a career including both marketing and sales may be a better long-term fit for her. Nevertheless, like most seniors, she isn’t entirely set on that prospect.