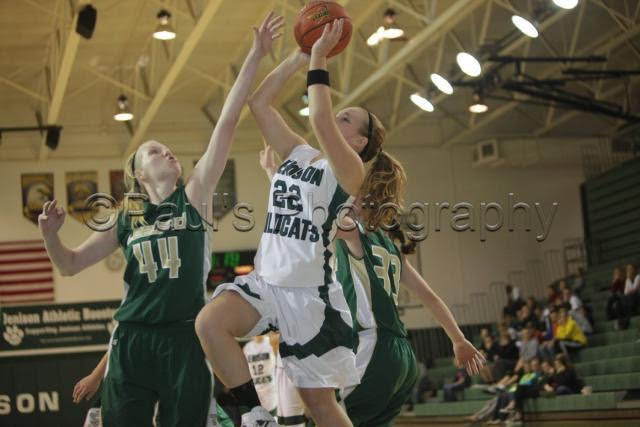 Where did you attend high school and which sports did you play?

“I went to Jenison High School and played basketball and soccer all four years.”

What positions did you play in basketball and soccer?

“In soccer, I was primarily a defender, but I was all over the court for basketball. I started my career as a point guard in elementary school and junior high, transitioned to a power forward when I played on JV, then I went to shooting guard when I was a junior. My senior season came with a lot of season ending injuries for my teammates, so I played everything including post.”

Who inspired you to start playing these sports?

“My dad was definitely my biggest influence in my sports career. He coached at Jenison for 13 years while I was growing up, so I grew up in the gym. I was his water girl when I was in elementary school and always watched his practices and games. I wanted nothing more than to be in the gym and be a part of his team.”

Who was your biggest support system while doing these sports?

“My parents were always a huge support system for me, and my sister played too so it was fun to grow up and share the game with her. I can’t imagine playing without the relationship I had with my teammates as well. I always played with some of my best friends, so it made basketball that much more enjoyable. Lastly, I had my grandparents; they never missed a game. My teams always looked forward to the pep talks from Grandpa Roger during warm ups.”

What was it like to play for your dad when he was your coach?

“I absolutely loved having my dad as a coach. He coached me when I was in 7th grade, and then I played for him for 2 years on JV. I probably could have tried out for Varsity when I was a sophomore, but I wanted to stay with my dad. Being the coach’s daughter brought some additional pressure, but mostly it allowed me to grow even more as a person and a player. We communicated so well and I always knew what he was going to say before he said it. It was great that he was not only my dad and my coach, but he also became my best friend.” 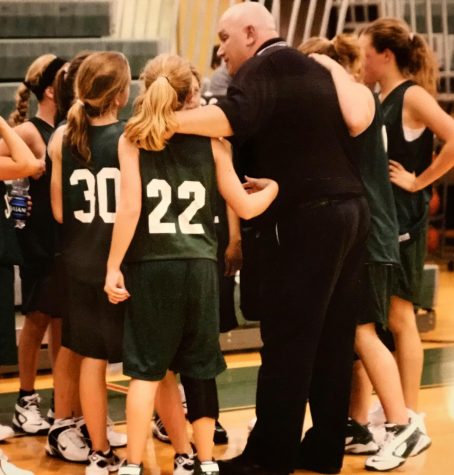 How did playing these sports in high school help you?

“My dad actually suddenly passed away the summer after my sophomore year of high school due to a heart attack. I almost didn’t play my junior year because I thought it would be too hard to step into the gym knowing he wouldn’t be there. I ended up playing on Varsity the next two years, and while it was very challenging at times, I can’t imagine high school without basketball. I wasn’t the star of the team by any means, but the game was such a huge part of me that I just couldn’t let it go. Basketball helped me deal with the stress of school and life and just forget about the hard stuff for a while and have fun.”

Are there any sayings your team lived by?

“My dad’s slogan for our team(s) was always “One Family, One Team.” He really emphasized that we were a family first and that no matter happens, we had to have each other’s backs. After he passed away, we made shirts and bracelets with One Family, One Team on them, so since then it’s really become even more special to me.”

What experiences of your playing career do you take into your coaching career?

“Now that I’m coaching Freshman girls here at FHC, I always have to remember that the most important thing is to have fun. At the end of the day, basketball is just a game. And if you’re not having fun playing the game then something is wrong. That was huge for me as a player to just always remember to love the game and enjoy it, so I want to make sure my team remembers to have fun. I also use One Family, One Team with my team as well now. In every huddle, I say, “one family,” and they have to reply with, “one team.”

What things do you leave behind from playing and now coaching?

“There were some instances during my junior year on Varsity that I was just not loving the game and did not feel like my coach really cared about us. Ten years from now, my Freshman team isn’t going to remember the score of every game, how many free throws they made, or what our record was. But they will remember how I treated them and how we grew as a team and whether or not it was a positive experience. I hope they can just look back on the season with feeling like they accomplished something together and that I pushed and encouraged them along the way.”

What was the decision like to stop playing basketball?

“It was really hard when I finally decided I wasn’t going to try out for the team in college. A lot of factors played into my decision, but it was ultimately the right choice. I still played intramurals and found an awesome community and so many other friendships in other places at Hope. I knew I wasn’t stepping away from the game forever because it was always my plan to teach and coach someday. I’m just so grateful for Forest Hills Central for the opportunity to still be around the game that I love so much.” 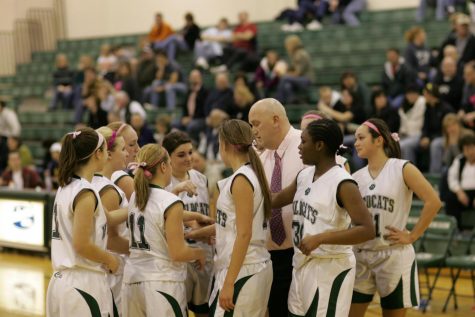