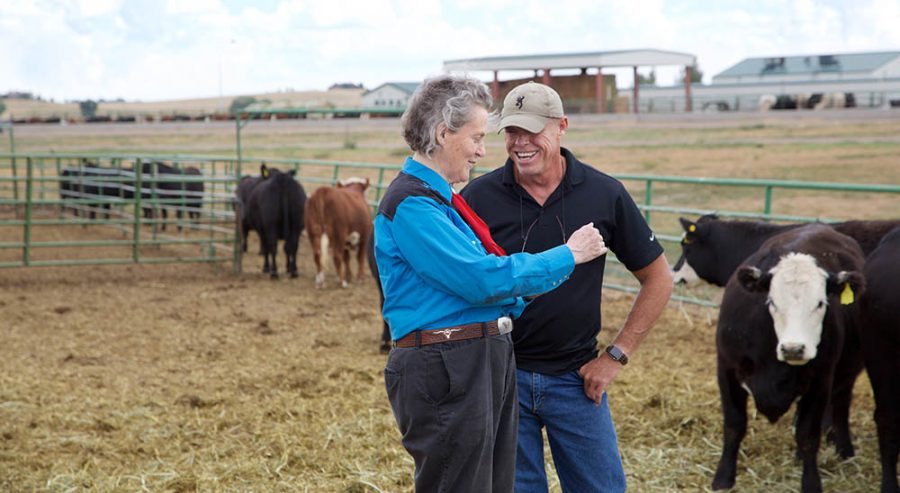 At nine years old, I had a predisposed idea of what the movie Temple Grandin would be like: boring and irrelevant. Sure, it’s the story of an autistic animal advocate who also happened to revolutionize the meat-packing industry, but my younger self felt unmoved by the sentiment. Sitting down on the cream-colored carpet floor of my neighbor’s living room as the opening credits started to play, I was oblivious to how impactful Temple Grandin’s story and dreams would be for me then and now, seven years later.

Grandin was diagnosed with autism as a child; however, the amazing thing about her story is that she never quit doing what she felt passionate about. She dared to think and invent differently than anyone else in her areas, despite how many people ridiculed her for her beliefs. Grandin lacked skills for social situations, but what she lost there was gained by her sensory side that helped her to visualize the mechanics of her projects and to gain insight about cattle and their treatment in slaughterhouses.

Over her lifetime, she has done many passion projects involving more humane ways to treat cows and other livestock along and other ideas. High aspirations and persistence were what drove Grandin, and her message then and now speak to me as one of overcoming and having the courage to fight for your convictions.

One thing she said in an interview about the HBO movie, Temple Grandin, was that many autistic people identify themselves first as autistic and their career and dreams follow. She explained that for her the opposite is true: her identity is centered firstly around wanting to change the world with her ideas through being a college professor, livestock specialist, and scientist.

Her story is one of countless triumphs and beating the odds. She did what she loved and continued to do it passionately and creatively even though many people tried to extinguish her positive outlook on life. I may not be autistic or have any struggles even close to that, but her outlook on life, insight about herself, and her lofty aspirations are very encouraging for me.

Like many other teenagers, I face uncertainty and fear of the unknown. The world is vast and has many doors of opportunities, but what if my door closes? A fear of rejection wraps its fingers around me, ushering in feelings of self-doubt and inadequacy. Am I talented enough, smart enough, or outgoing enough to really achieve what I hope for out of life? Or will I be left standing helplessly outside a closed door?

Although she is not widely known in most circles, Grandin is the epitome of conquering fear and other struggles to forge your way toward your dreams.

One thing that Grandin emphasized was how lofty her goals were and how they were unheard of at the time. Many people doubted her intelligence and the reality of her plans, choosing sometimes to ridicule her rather than listen– but, she pushed past it. She chose to listen to her instincts and fight the common current of society to make a change in the places where she felt strongly.

I live with uncertainty. I live my life the way I want to. But fear pulls me back, persuading me that I’m inadequate for my goals.

Grandin lived audaciously. She lived her life exactly how she wanted to, and no one could dissuade her or prove to her that she was inadequate for her goals.

I look at Grandin, and I’m reminded to not let fear and other burdens control me but to let my dreams make me strive to achieve and change the world.