Pho 616 brings a taste of traditional Vietnamese food, though not worth the drive 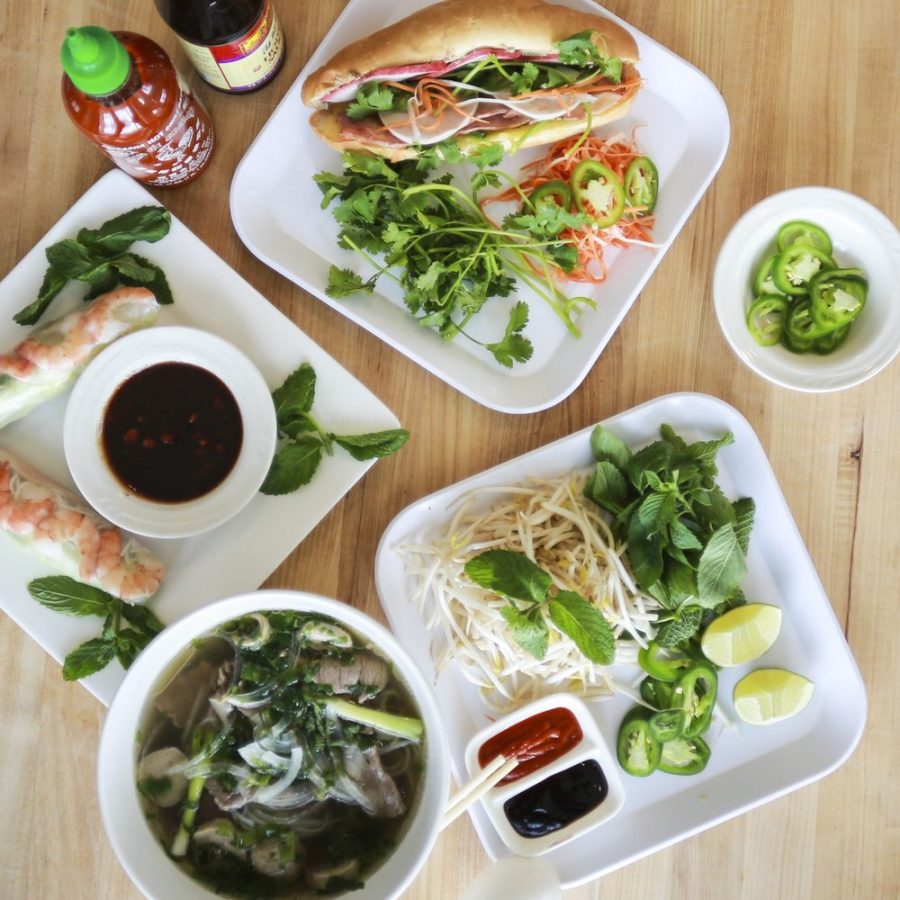 As rain drizzled down on a dreary Saturday afternoon, I shuffled into Pho 616 in hopes of warmth and good food. The distinct smells of fresh vegetables and broth attacked my senses and overshadowed any other food stand nearby. Friendly smiles greeted me like I was a distant cousin when I walked into the new Vietnamese addition to the Downtown Market. The interior was clean and modern, but not as welcoming as the people.

I, a Taco Bell devotee, had never had Vietnamese food. My confusion while looking over the menu caused me to order half the miniscule menu: pho bo and goi coun.

Despite the menu only having four items, two were gluten free which surprised me. It was a happy surprise since that allows more people to eat there. However, there were no vegetarian options, which was a turnoff for me, given I try to avoid eating meat when possible.

When I placed my order, a worker grabbed an already-made goi coun and continued on making the pho. To pass the time, I went to the other end of the display and watched a worker make a Vietnamese iced coffee called ca phe sua da. He noticed my curiosity and let me try it– the third item on the menu. I drank the whole sample in one sip, and my senses were overwhelmed by the sweetness. I’m not one for bitter coffee, so the sweetness was welcome and made me want more, but I had already ordered a classic Diet Coke beforehand.

The food was prepared rather rapidly, and my stomach went wild from the delicious scents emanating from the pho. Though the pho stuck out to me, I tried the two goi coun first.

The goi coun had a garden of flavors. The shrimp was fresh and juicy while the lettuce acted as a nice complement to it. At the bottom of the roll was pork belly, which was a cat in a room full of dogs– out of place. Additionally, the mint included in the roll came in right after the delectable taste of the fresh lettuce, overpowering everything. After two bites, I moved on to the pho.

The pho came in a massive cardboard box that definitely made it worth $10. With a sizeable scoop, I dug in. The broth coated my mouth in savory flavor like my grandmother’s cooking, and the noodles and vegetables were perfect complements to each other. I dodged the beef in the pho, but I ate it when it appeared in my spoon. The texture was off-putting, but the flavor was the same as the broth: homely and delicious. Due to the ginormous size of the pho, I could not finish it before I was full, but I made sure to take some home with me.

Although the pho was palatable and enchanting, the texture of the meat and mint was off-putting along with the goi coun. I undoubtedly won’t be trekking 30 minutes through traffic to return to Pho 616 just for the pho; however, it has me wanting to taste more Vietnamese food.