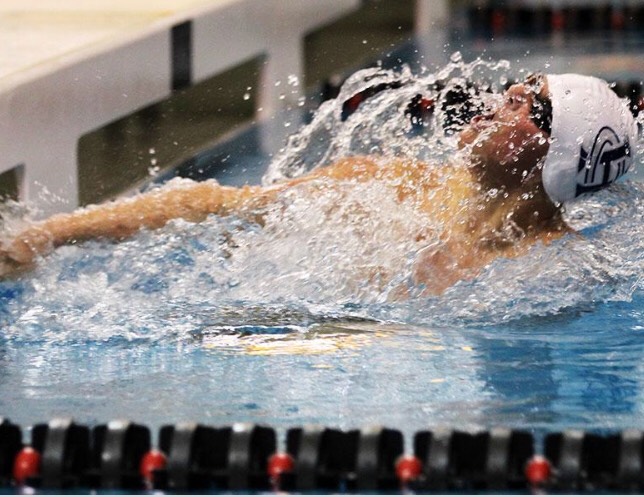 On Thursday boys swim and dive took on their first dual meet of the year, swimming against East Kentwood. After a well fought battle, FHC took home the victory with a final score of 177-138.

The swimmers were led by junior Charlie Krug and sophomore CJ Hier. Charlie swam the 50 yard Freestyle and the 100 yard Freestyle, placing first in both. He was only .5 seconds away from making a state cut in the 50 yard Freestyle. Charlie was not the only swimmer to come out in first place, as CJ had his own victory last night in the 200 individual Medley. The divers had a strong first meet as well. They were led by junior Ryan Talbot and he placed second. Overall, the swim and dive team had a good start to their season. With seventeen newcomers joining the team, the chemistry was already evident.

This exceptional win puts the at Rangers 1-0. Come out and support the Rangers on Tuesday, December 12th at Spring Lake. It is going to be an exciting season, so come and dive into the action!