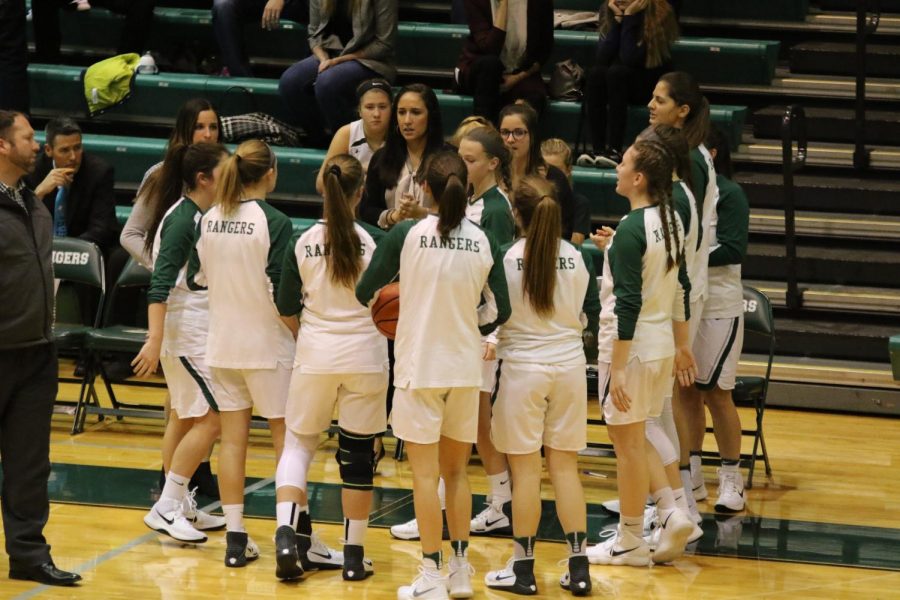 The Lady Rangers varsity basketball team fell to the Falcons of East Kentwood this Friday night in their second home game of the season 64-36. FHC was led by junior Claire Baguley, who was the high scorer with 20 points.

The Rangers came into the game strong against the quick opponents, as the first quarter ended with a tied score of 7-7. The Falcons then started to pull away and FHC went into the locker room at half trailing 30-19. With endurance and speed on their side, EK was able to press the Rangers the entire game. This war of attrition ended with the visiting team victorious 64-36.

Last night’s loss puts FHC at 0-2 on the season, but they have yet to play a conference game so their goal of winning the conference this year is still intact. The Lady Rangers travel to Grand Haven High School this Tuesday to square off with the Buccaneers. This Grand Haven team is 4-0 so far and has a lot of size down low to accent their long shooters. They will likely press FHC hard all game on defense, while working both inside and outside on offense. Don’t miss this battle on Tuesday, December 12 at Grand Haven.