Reena Mathewsa�� a�?Popping the Bubblea�? is a series in which she covers some of the biggest news of the past two weeks. This weeka��s installment marks the eight chapter of this biweekly series. 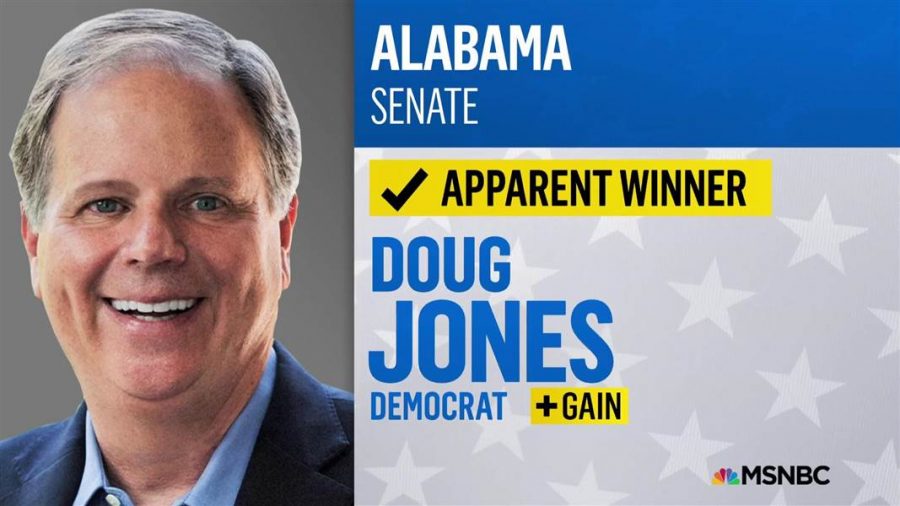 Last week, President Trump made a monumental move when he acknowledged Jerusalem as Israel’s capital, describing it as a “recognition of reality.” In conjunction with the Jerusalem Embassy Act, Trump has directed the State Department to begin the process of moving America’s embassy in Israel from Tel Aviv to Jerusalem.

Though Trump promised to do this during his presidential campaign, it still has come as a surprise to most; many feel that this decision will only lead to more fighting and violence.

For those who are unaware, Jerusalem is a holy site for Jews, Christians, and Muslims. Simply put, there has been intense conflict between Israel and Palestine for years over who has ownership of Jerusalem because of the religious value it holds for both Jews and Muslims.

In order to avoid stirring up more trouble, most countries have their embassies in Tel Aviv (some countries- including the U.S.- do have consulates in Jerusalem, but consulates are the less-official version of embassies). As for the U.S., we have had a plan to move the embassy since 1995. Every six months since that decision, every standing president signed off to push construction off, making Trump’s move all the more controversial (though he did sign the pushback one time). Once our embassy has officially been moved, we will be the only country to have an embassy in Jerusalem.

As expected, Israel was very appreciative while Palestine, along with all countries in support of Palestine, responded with impassioned outrage. We can only watch as the implications of this decision continue to play out.

Earlier this week, panic broke out in NYC upon an explosion taking place underground at the Port Authority Subway Station.

At around 7 a.m. this past Monday, Akayed Ullah attempted to carry out a suicide bombing via a pipe bomb strapped to his body. The bomb exploded, sending the busy station into chaos. However, it did not correctly detonate, and thankfully only the attacker himself was seriously injured. Three others reported injuries, though none of them appeared to be life-threatening.

NYC Mayor Bill de Blasio did not hesitate to call the attack terrorism. Officials report that the attacker specifically chose this location because of Christmas-themed posters. Furthermore, Ullah told the officials that the attack was in response to U.S. airstrikes on ISIS targets in Syria and other countries.

Ullah is a Bangladeshi immigrant who came here on a visa for those who have U.S. citizen relatives. Trump, of course, denounced the immigration system in his response to this event.

As of now, the Joint Terrorism Task Force will continue to pursue the case.

In some of the biggest news of the past two weeks’ news cycle, Democrat Doug Jones swings a victory in the Alabama Senate Race. Jones makes history as Alabama’s first Democratic senator in 25 years.

Jones’ opponent, Roy Moore, sparked controversy as accusations against him for sexual assault of young girls emerged. Nonetheless, in the polls leading up to the vote, Moore managed to fair well and prevail against the allegations.

Those who lent support for Moore insisted that the charges were fabricated by Democrats as a brutal political take-down; others couldn’t rescind their support because of specific issues (especially because Moore is pro-life) and/or because of partisan loyalties.

Despite this, Jones triumphed in what is reported to be a 1.5% voter difference. As of late, it appears Jones’ win was partially thanks to such a significant turnout from black communities, specifically black women, who helped combat white voters’ immense support for Moore. Reportedly, many black women felt empowered because of the chance to finally have their vote be heard, considering how polarizing the Republican candidate was.

Nevertheless, Moore maintained that the race “is not over” because of how close the votes were; he announced he wished to pursue a recount. However, the vote was not close enough to incite an automatic recount, meaning Moore would have to personally request and fund a recount if he so desired.

In the last installment of “Popping the Bubble” we discussed the hotly debated issue of net neutrality (read it here). Today, the much awaited day has finally arrived; as I write this, federal regulators are discussing whether or not to repeal current net neutrality regulations.

Many have predicted the repeal will follow through; nonetheless, it is likely that if this occurs, the issue could find its way to court or even Congress (to be decided as legislation).

As they continue to deliberate, let’s hope the officials heard the Internet’s loud last-ditch efforts to protect the one entity that connects us all.