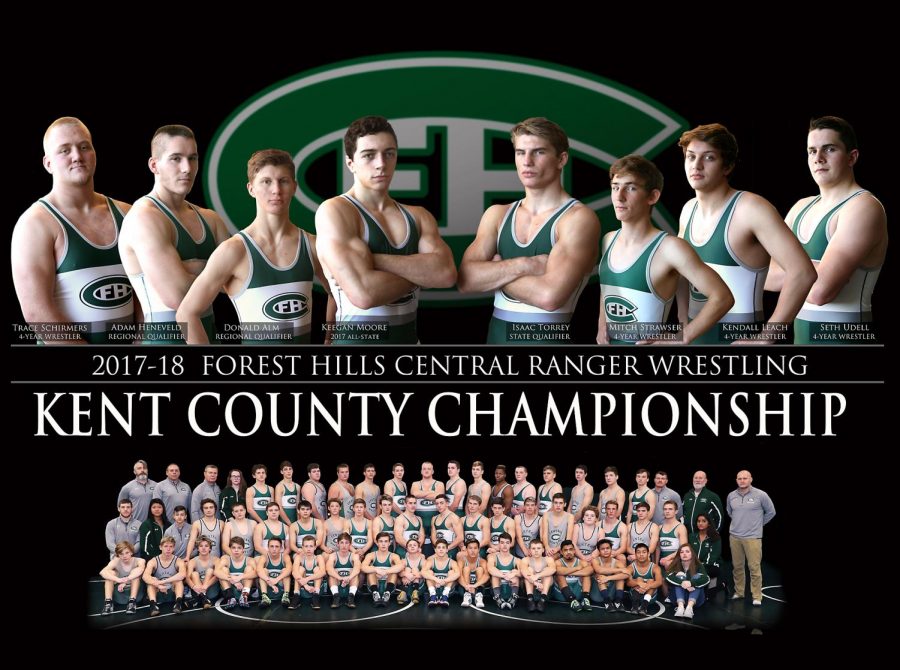 Ranger wrestling has a big weekend approaching. On Saturday, FHC will be hosting the Kent County Championship, which happens to be largest tournament in West Michigan this early into the season. There will be 22 teams attending in hopes to showcase the best area wrestling.

Head coach Brad Anderson has put this tournament on for the past three years. The tournament has been held at Davenport University in the past, but is making its move to FHC this year. It has always been FHC’s staff, personnel, man power, and mats over at Davenport, and this year the Rangers will supply the venue as well. Coach Anderson is hoping people will recognize that FHC is able to host and bring in the top talent in the area.

The Kent County Championship is modeled after another tournament known as The Kent County Classic. This tournament was around for decades, but no longer exists. Coach Anderson had the desire to bring it back and re-idolize the tournament. Both tournaments are premiere opportunities for teams early in the season.

As far as competition, there will be tough area teams attending. Lowell is ranked 30th in the country, Rockford always has a strong program, Byron Center, Cedar Springs, Middleville, and many other tough teams will be attending.

Coach Anderson believes this will be a great test for some of the older wrestlers such as seniors Donald Alm at 135, Isaac Torrey at 171, Keegan Moore at 189, Adam Heneveld and Seth Udell at 215 and Trace Schirmers at heavy weight. The Kent County Championship is an excellent opportunity for the boys to see where they are at against top level competition. This tournament also gives the boys something to work on going forward.

The Kent County Championship will start at 9am and the finals will start at 3:30pm this Saturday. The admission fee will be 5 dollars, so come out and support Ranger wrestling.