JV boys basketball falls to the Hawks of FHE 62-54 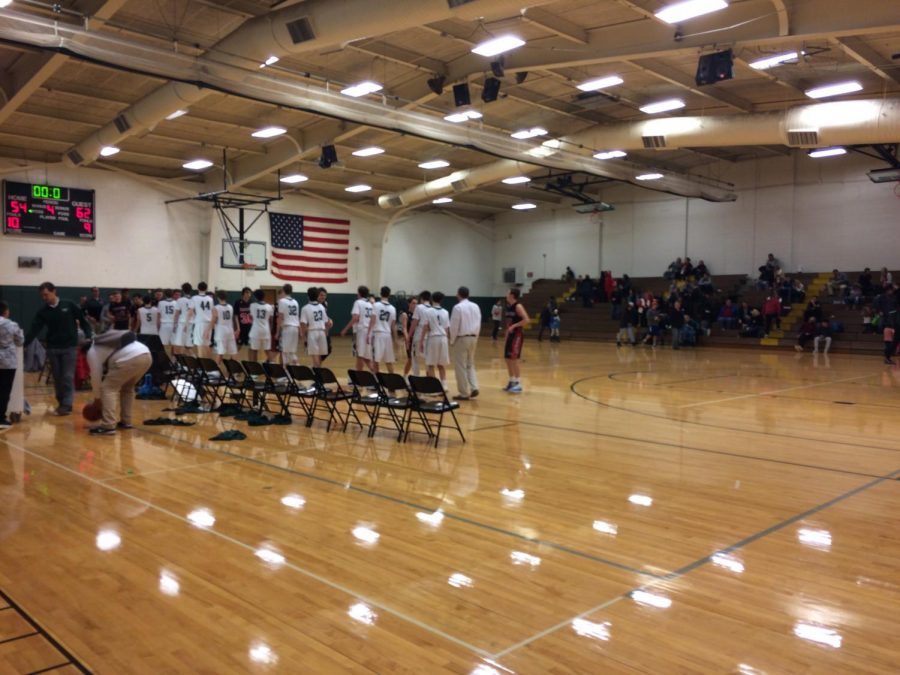 The clock ran down to 30 seconds in the fourth quarter as freshman Jonah Spates committed his fifth foul and fouled him out. The shooter from FHE made both free-throws making the final score of the game 62-54 giving FHE the victory. In an attempt to run a final play and score, FHC took a three-point shot but sadly missed.

“Before, we couldn’t really run our plays,” Jonah said. “But we didn’t mess up on any of them [the plays] tonight, so that’s why it [the game] was close.”

The Rangers played with grit in the third quarter, but found themselves down 44-42 going into the fourth. Jonah stole the ball from the Eastern point-guard and took off down the court to drain one for the Rangers late in the third. Luckily, the Rangers stole the possession of the ball again and sophomore Tommy Spaletto went up strong and got fouled. Tommy was then sent to the line and sank both of his shots, putting two more points on the board for FHC.

“I was trying to focus on being aggressive and that helped me get to the free-throw line and score,” said Tommy. “There were still moments defensively that I could’ve done better.”

After FHE scored a few points on the Rangers, freshman Christopher Battiste had enough of the Hawks’ three-pointers. Chris put up a good block on one of those shots getting the ball back for the Rangers yet again. Christopher took the opportunity and stole the ball, scoring two more points for the Rangers.

Before the half, the Rangers tied up the game at 30-30. Neither team had seemed to settle in yet at that point. FHE got comfortable quickly early in the second quarter as they pressed against FHC, attempting to deny them the access to score. However, the Rangers broke the press and sank a three-point shot despite the tough defense on them.

After a fast break came to nothing for the Hawks, FHC went on a fast break of their own for a quick two. The game got rough shortly after those points when sophomore Trevor Lewis took a hard push to the ground. It became more and more scrappy as the game went on.

The Rangers came out of the first quarter five points down at 18-13 FHE. FHC won the jump-ball with freshman Jacob Ervin jumping and taking it down the court at an attempt to score, but they didn’t get the ball in. FHE got the ball back after that and passed the ball hard down the court to score and put two points on the board against the Rangers. However, Jacob got the ball back and made an attempt at a shot and he missed. Jacob got sent to the line, sinking them both and putting two up for the Rangers. Tommy Spaletto got sent to the line for his first time, thanks to his hard and aggressive play. He sunk both.

As the team gets deeper into the season, they’ll face tougher teams. However, the team is working at their defensive skills in practice to better their play and to prepare themselves for future games.

“I think our toughest game ahead of us is Northview,” said head coach James Telman. “However, I think the biggest wins that I would like us to get are FHN and East Grand Rapids.”

Despite the loss, Telman looks at the positive and sees the potential of the team, as well as noticing the strong and talented offense.