Looking at life through colored glasses 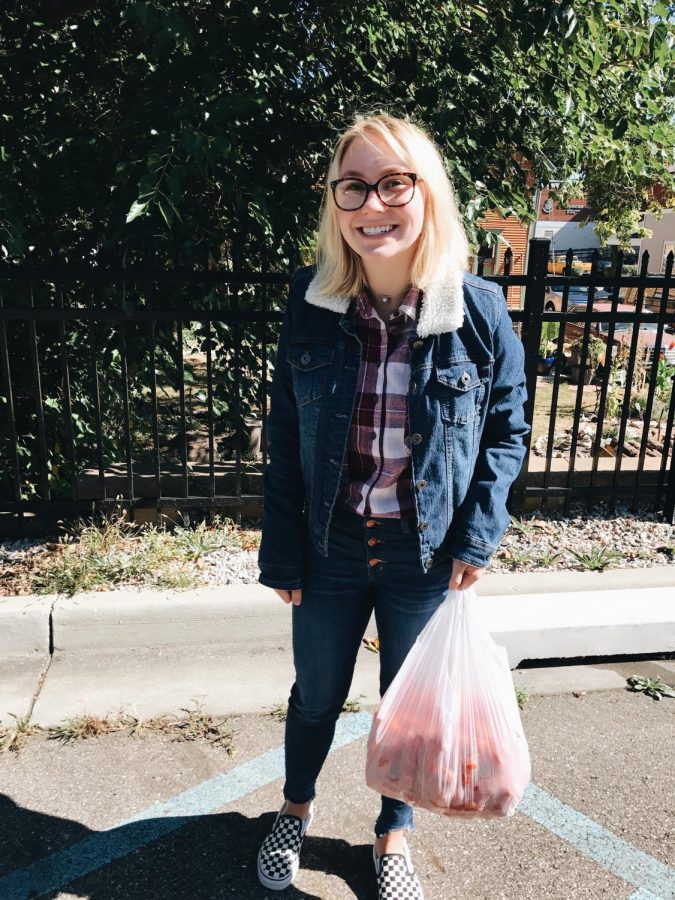 In 2016 I went to ArtPrize with my mom, my friend Averi, and her mom. We were looking at all the pieces of art, just walking around like everyone else when a particular painting stopped me in my tracks. The painting was fairly simple- an iceberg- but that wasn’t the point for me. I could hear the painting. The rainbow of blues and whites immediately reminded me of some of my favorite songs. I talked to the artist a bit before she said she had been listening to the same album that I so deeply associated with this painting while painting it. We both have synesthesia.

Synesthesia is a type of sensory blurring where people who have it make involuntary and constant connections between senses. For me, I can physically see music as colors and textures, in addition to having numbers and letters be strictly associated with particular colors and personalities. You’ll even notice that the list that follows as a supplement to my writing has nine songs. Nine– because nine has a better color and personality than ten. This condition often develops when babies’ tiny little brains get too excited about making connections with the world around them, and this is true for me. Even as a little kid I would endlessly tell my mom about the connections that music had with colors and what it said about the music’s personality. Some people have just one type of synesthesia, and some- like myself- have multiple.

Chromesthesia is what I experience the most of and is the reasoning behind most of my music taste. When I hear music, I involuntarily see colors. In addition to seeing colors in my head, I become more aware of whatever colors I’m seeing around me, and as it’s fairly common to those with perfect pitch like myself, I also physically see everything tinted a little bit one color over another if I’m hearing the right music and my brain has a particularly strong response.

If you’re wondering what colors I see in response to a few particular songs, here are a few examples:

“Landslide” by Fleetwood Mac is a bright white and deep green, not even taking into account its reference to snow. (It’s in E flat major, which usually invokes a light blue in my head, so it’s a bit unique in its coloring.)
“Emoji of a Wave” by John Mayer is pale green, silver, and midnight blue just floating in an endless pool of their own infinite-ness.
“Earthbound” by The Accidentals presents itself to me in a burnt yellowish color like the tint of photographs of my grandmother when she was young.
“Wild Horses” by the Rolling Stones is all the colors of a sunset and turquoise like my dad’s eyes.
“Fresh Squeezed” by Duncan Fellows is magenta, yellow, and bright green. It always makes me so happy because the song and colors make me feel like everything is bright, beautiful, and endlessly fun.
“God Only Knows” by The Beach Boys is the color of green tea, the faded grey of typewriter text, and yellowed book pages.
“Faded Heart” by BA?RNS is a burst of reds and pinks sort of shimmering over an inverted skyline.
“Stairway to Heaven” by Led Zeppelin is a vibrant sort of silver like a fresh quarter glistening in the summer sun.
“Make me Your Queen” by Declan Mckenna is deep green, fallen leaf yellow, and the color of Lake Michigan in the fall.

It’s no wonder I feel music so strongly– when I see certain colors, I can hear them. The way I dress is so heavily influenced by what I’m listening to and what textures and colors those sounds hold for me. In the picture attached to this story I can tell you what I was listening to: Coldplay’s first album, Parachutes (or to be specific to songs, “Everything’s Not Lost” and “Shiver” for sure, although I’m sure there were other songs from other albums as well in my head). Others with synesthesia don’t see the same colors as I do when they listen to the same music. A song that’s bright blue to me may seem deep purple to another synesthete, and that’s a big part of what makes it so special.

It used to be so difficult for me to understand how other people worked, not because I have a hard time relating to people’s emotions, but because every decision that I made was based on this personally specific condition, and some people have a hard time realizing how much it affects me. When I get dressed in the morning, it’s a direct result of the music I’m listening to. When I choose what music I listen to throughout the day, it has to match up to the colors I’m wearing or feeling. Changing several times a day for me has nothing to do with vanity, and the fact that I have my headphones in almost all the time is a result of having to fulfill this sort of magical, mysterious music video I’m living in.

I don’t know how to live without this set way of thinking– this set way that I see the world. It makes life interesting for sure, but there are also times when I wish I didn’t see life this way. I get severely uncomfortable sometimes at restaurants and other public places when music doesn’t fit into my colors. It sounds dumb, but that type of discomfort is inevitable and involuntary. I can’t just shut it off. Music affects people’s moods, but it’s rare to find someone to whom music shapes their vision, their world, and life so heavily.

I’ll most likely never be able to explain how I see the world around me, but that’s what makes it so beautiful. I can’t escape these multicolored glasses I see the world through.