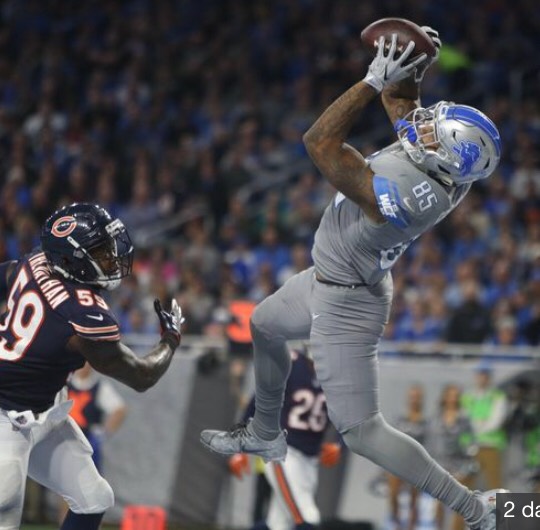 The Detroit Lions knew they had to stop the Chicago Bears rushing attack, they had to take advantage of opportunities that were presented to them against the Bears’ defense if they were going to keep their playoff hopes on track. But first thing first, they still needed to defeat their rival– the Bears.

Chicago entered the game as the league’s seventh best rushing team, averaging nearly 125 yards per game, but they had just one rushing yard in the first quarter and finished with just 43 total for the game. Their lack of offense helped the Lions winning streak continue.

Darius Slay and Quandre Diggs helped secure the 20-10 victory. Together they made 3 turnovers with 3 interceptions. They helped the Lions have a good offensive run on Saturday, December 16th.

Another key player for the game would be Eric Ebron. Normally I would never say he played well, but on Saturday he blew me away. For a person who can’t normally catch a ball, he made a pretty amazing catch. Quarterback Matthew Stafford threw a far, out-of-reach pass to Ebron and somehow he was able to catch it. I don’t know what happened to his butterfingers, but he secured the win for the Lions.

The Lions cannot be called the losing Lions anymore. They have kept their streak going and so from now on, or until they lose, I will be calling them the Winning Lions.