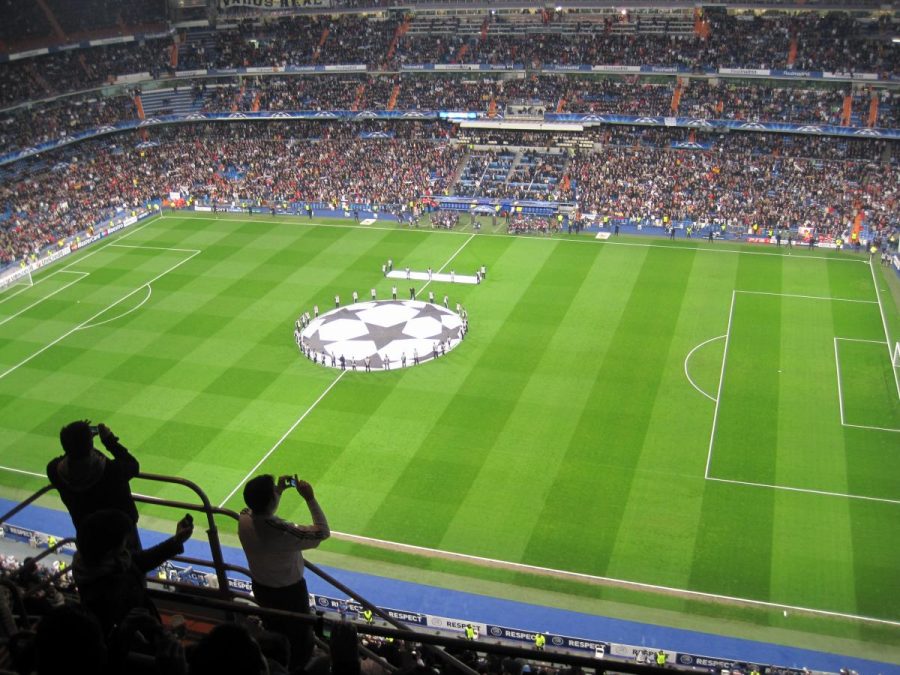 My weekly blog will consist of all different kinds of sports and how each rule of the sport affects the game. To play a sport you must learn each rule to create more knowledge of the game. This week I am writing about soccer and all of the rules you may have never even heard of.

The game of soccer requires several rules, some that affect the game a lot and others that are purely to separate soccer from every other sport. The rules in soccer are sometimes varied by the age of play, but most are the same.

One simple rule of soccer is the field. Depending on the age, the field has to measure to a specific length and width. But on a professional field, the length is usually 110-120 yards by a 70-80 yard width. Another small but important rule is the ball size, in a professional game the ball has to be a size five and the amount of players on the field at a time is eleven.

Some more important rules are the equipment the player wears. For example, the players must wear soccer cleats, not baseball or football cleats. Another example is the jersey the player wears. To indicate what team each player is on they must wear a color to represent the team they are playing for, which is similar in almost every sport.

Referees are another rule that soccer shares with other sports. In a normal game of soccer there are usually three referees, but when it comes to professional there are several more off of the field. Referees enforce the rules, one of them being the out of bounds. The outer lines of a soccer field is the out of bounds, this means if the ball is kicked or rolled out of bounds the referee will call a “throw-in”.

One of the largest rules in soccer is offsides. This is when a player from one team is across the half of the opposing team with the ball before the defense from that team arrives there. This could be created anywhere on the opposing side of the field, even in the goalie box if the defense is before the ball. But on a corner kick, throw-in, or a free-kick, offsides is ruled out of the equation and the game can go on.

The biggest rule to prevent injuries is a penalty. A penalty in soccer is caused by another player harming the opposing player. This gives whose player was harmed a chance to kick the ball. This is called a penalty kick which helps the team advance farther into the other teams territory.

These are some simple yet important rules of soccer. While learning this game is one thing, knowing the rules of it is another. This will prevent you from creating less calls by the referees. Stay tuned for more rules in other sports next week.