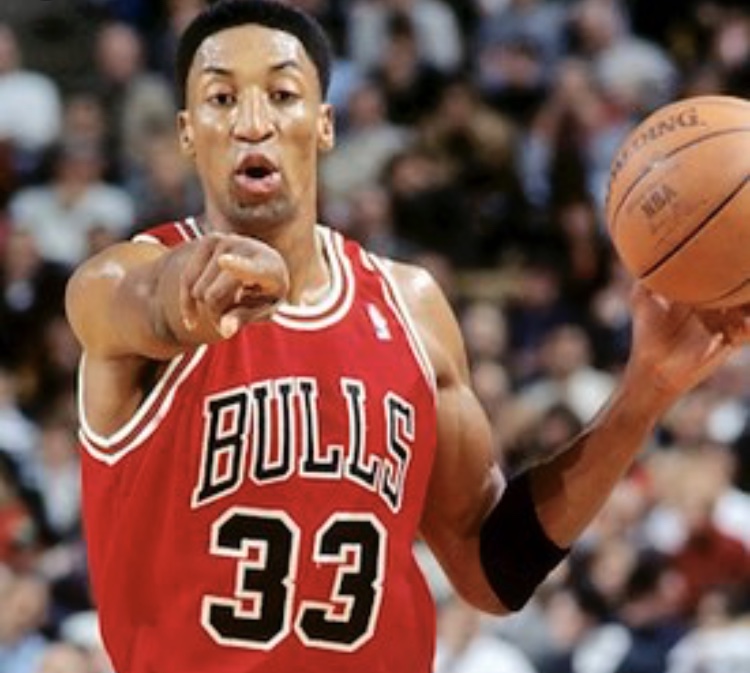 When you hear the nickname “the Pip” what do you think of? Scottie Pippen of course. He was possibly one of the most successful players in NBA history. Years and years of hard work led him to the top, where he stayed for his entire career as a pro-baller.

Pippen played for the Chicago Bulls 1987-1998, and took part in the Olympics. He and a few others were considered the “Dream Team” during the Olympics, and beat every team by an average of 44 points. Not only that, but he was the only player to ever win an NBA title and win an olympic gold medal in the same year, and he did this twice.

Winning over 37 awards throughout his basketball career, in all different categories only made Pippen more well known in throughout the nation. Scoring 18,940 points in his career, along with 7,494 rebounds, and 6,135 assists made him realize that it was time for him to retire.

In 2004, Pippen played his last basketball game wearing the Bulls uniform. To thank him for all he had done for the Bulls such as: winning six NBA titles, the All-American twice, and many more, they had his jersey, number 33 retired and he was inducted into the hall of fame.

After his career Pippen returned to the Bulls as a team ambassador in July 2010. He was soon named senior advisor to Michael Reinsdorf, the Chicago Bulls president and COO who wanted some help.

To show their gratitude toward Pippen, they put a bronze statue of him inside the United Center. Pippen had so many impacts on people’s lives that he never knew, just because of all the excitement that he brought to the basketball world. We will never be able to witness a time in history quite like when Scottie Pippen changed the world of basketball.