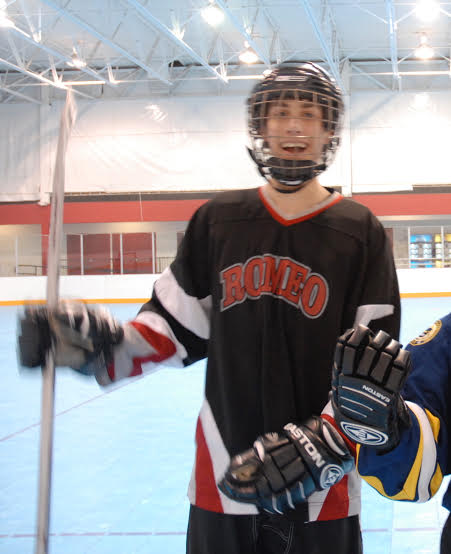 Where did you attend high school and which sports did you play?

“I went to Romeo High School which is in the metro Detroit area. I played roller hockey freshman through sophomore year for my school, took my junior year off, and then picked it back up my senior year. I also played for a Buffalo Wild Wings sponsored team that a friend’s dad coached during high school, too. I still play with some friends in Grand Rapids in adult leagues at Patterson and in Walker once or twice a week depending on the season. I started off playing goalie for a few years and transitioned to playing defense, which is my preferred position today.”

Who inspired you to start these sports?

“I’m not sure I can name one person that inspired me to play, but I know my family would make ice rinks in my backyard growing up, so I started at an early age. I tried baseball for a while as well but hockey was definitely my favorite. Fun fact: my name is “Joe Louis Spadafore”, like the Joe Louis arena where the Red Wings previously played. There’s a photo that a family friend had signed by Steve Yzerman that reads, “Happy first birthday, Joe Louis!” and now that I think about it, it sounds like my parents planted the idea in my head from the start.”

Who was your biggest support system while doing these sports?

“My dad was always there to drive me to games and was my greatest coach. When I was really young, I would have tournaments that we would have to wake up incredibly early and travel an hour or two to be there for the first-morning game. He was always my personal coach and kept an eye out for things I could work on during games.”

What is your favorite part of hockey?

“To me, the greatest thing about hockey is that it is truly a team sport. You rely so heavily on each person in every position in order to win. There’s nothing like being on a line with your closest friends because you recognize their strengths and weaknesses, and you can really grow together and it eventually feels like you can almost read one another’s minds.” 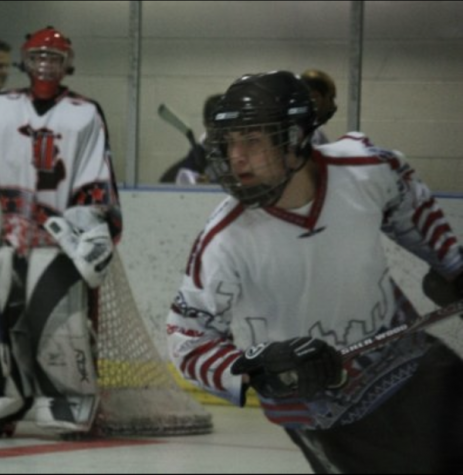 Why did you play?

“I played hockey because I love watching the sport, and all of my close friends played as well. And, well, it gave me something to do!”

Do you have a favorite hockey memory? If so what is it?

“I can’t exactly pinpoint one memory from high school hockey that stands out (we weren’t the winningest team), but I had some of the greatest times with my friends. We would hang out before and after games, play NHL ’07 together, and play pond hockey in the winter until we were frozen solid.”

What is your favorite NHL team? Have you attended any games?

“I will always be a Red Wings fan and have been to many games; my dad would occasionally get tickets to the suite his work had at the Joe. There have been two occasions where I’ve been in attendance at games where they could have won the Stanley Cup (in 2008 where they eventually went on to win, and again in 2009 when they lost to Pittsburgh). I might be bad luck! But I’ll be at the game on New Year’s Eve this year where they face off against the Penguins, so maybe I can break my curse. I still watch almost every game, however, I have a roommate with ties to Toronto so we have been cheering on the Maple Leafs lately. They’re a young team with a lot of talent and are really fun to watch.”