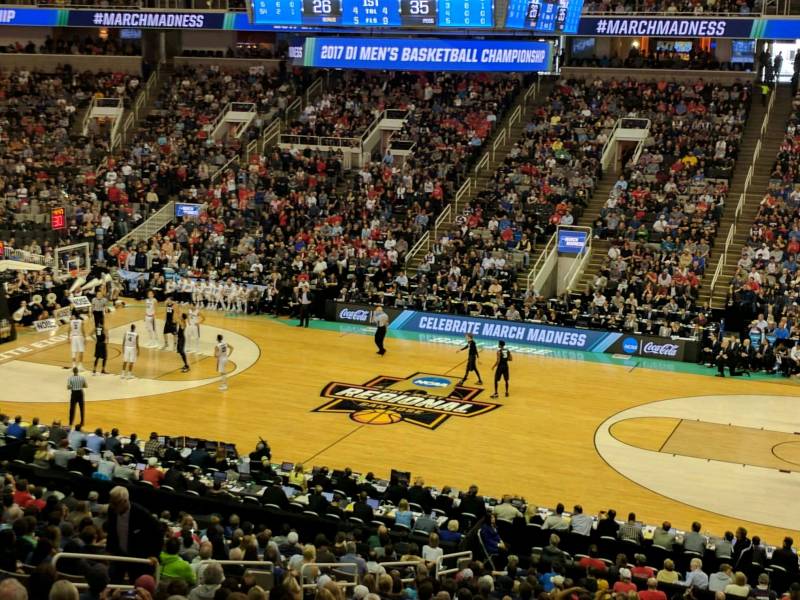 SAP Center in San Jose California is a very unique stadium. It is not only the home of the San Jose Sharks, but it can hold other sports such as the NCAA tournament. SAP Center is just slightly smaller than Oracle Arena, as it can hold 17,496 people. SAP Center is mostly known for the rowdy Shark fans, but I found the experience more fun going to a different sporting event.

I’ve been to both Shark games and NCAA Tournament games, and I have to say, they are both amazing. The Sharks fans are very into the game and when they score, it will feel like they have just won the Stanley Cup. Although, I think that I’ve enjoyed my experience with the NCAA tournament better because I play basketball. It was unreal seeing fans from Washington, West Virginia, Ohio, and Arizona, all come into one building and cheer on their teams. The craziest moment of that experience was when #11 Xavier upset a title contender in #2 Arizona.

Overall, the stadium has a great feel and is just an overall great experience whether you go to a Sharks game or another event. Another positive for this stadium is that there are lots of good restaurants that are walking distance from the arena. So if you somehow get bored with the event going on, you can just walk to go get some food.