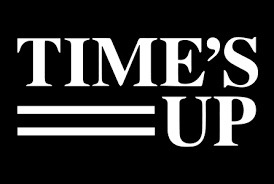 In the past year, the feminist movement has taken the global stage to become one of the most popular and controversial topics everywhere. This weekend, it took to the black carpet and the Golden Globes’ stage for the women of the entertainment industry to face by running the red carpet black as a symbol of an issue in their industry that needs to be faced like any other industry issue: head on.

I’m not going to discuss the actual matter of the Me Too and Time’s Up movement other than to inform. What I want to look at is the actual action of these Hollywood starlets coming out to wear black and speak out to raise awareness. I want to show the importance and what this means for those women, women in other industries, and those who oppose the whole hoopla around the situation.

For those who don’t know, the Me Too movement started in October of 2017 and spread as a way for women to express that they too had been victims of sexual assault on Twitter. It became one of the biggest culture points of the year, and Time magazine even named the “Silence Breakers” (those women who spoke out to tell their stories) the “person” of the year as the most influential movement of the year. The Time’s Up movement- a sister to the Me Too phenomenon- was posted wildly around social media starting Jan. 1st and primarily posted by female members of the entertainment industry as a way of plainly saying that essentially, time is up for inequality in their industry and that those who posted will stand in solidarity with their sisters in the industry etc. All of this came to a type of commercial fruition at this year’s Golden Globes ceremony. Women wore black dresses to symbolize the movement, and many men participated by wearing “Time’s Up” buttons.

So, what does this all mean? With less regard to the exact issue it represents and more to the action of the black carpet as a symbol, should these stars be talking about this issue? Its place on the world’s stage is solidified, but what of those who think these celebrities should just entertain in their traditional medium?

To me, it’s no doubt that the issue is pertinent in their industry as much as it is in others, and who is the general public to call them out for talking about an industry issue like any other just because they have a bigger platform upon which to discuss? We wouldn’t mind a group of members of any different industry coming together to discuss and amend their own company or industry issues, so why should it matter how they do?

I find it to be a completely expected and understandable expression of issues from the perspective of those in Hollywood. Understandably, these actors and actresses do influence many through their actions, but when it calls for a positive change among industries, should we really be so worried? Should we really be concerned about their expression of the matter? I think we should be happy that these influencers can come out to talk about the not-so-amazing aspects of their industry and in turn, possibly spark changes in others.

With that being said, I do understand how people could argue with the validity of these actors and actresses and hope that they could hold off on this issue in order to keep the identity of these awards shows in all their pageantry and splendor. We are used to seeing the same thing on these red carpets. We’re used to the colorful dresses and eager “who are you wearing?” questions. I saw an endless number of posts, notably one from British Vogue, questioning whether this “black carpet” event was the formal end to the red carpet award show routine as we know it. Fewer questions of “who are you wearing?” and more of “what does this movement mean to you?” This, of course, can be seen as concerning for those who make their living on compiling best-dressed lists and exposing fashion crimes, but at the same time, it’s a beautiful idea for those who write endlessly on the issues that have found their way onto this platform.

I also saw other arguments coming in regarding whether or not this is good for entertainment purposes. The aforementioned questioning of nearly every woman of what the movement means to her did get old, and there were certainly audiences chiming in on the endlessly similar responses to this. I understand that, but in my eyes, whether you were entertained or not, this act brought a bigger change than one can imagine today. Now that we’ve seen these stars coming out for change, perhaps it will spark a chain of reforms across industry lines of all kinds. Reformation not only in regards to gender and sexual assault but also racial bias and a myriad of other factors that can be debilitating to members of every industry.

For myself and many others, I can only hope that this marks the start of open communication regarding issues such as sexual assault and other issues in the workplace. After all, my generation is next, and why should we stop progress just because it takes a form that rubs some the wrong way?